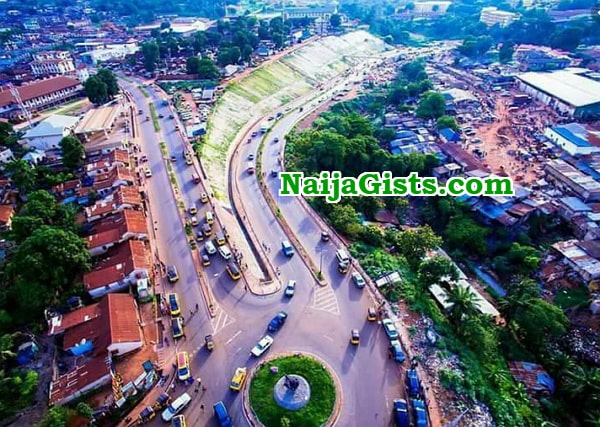 As the world marks World Food Day on Wednesday 16th, lets pause and look at some facts about hunger in Nigeria. Nigeria is one of many food-deficient countries in Africa, and its alarming hunger statistics are tied with high levels of conflict that have plagued the region surrounding Nigeria for years. A food crisis such as Nigeria’s causes distressing levels of stunting in children and is correlated with high rates of poverty. The following are the top 10 facts about hunger in Nigeria.

One-third of children under five are stunted. This statistic is particularly concerning because it is twice the rate of Thailand and three times the rate of Tunisia. Stunting in children is a common symptom of undernourishment and can only be alleviated with a steady supply of adequate food.

The insurgency in the country has led to a large number of displaced people without access to food. The reign of the extremist group, Boko Haram, has left 8.5 million people in need of humanitarian assistance in Nigeria.

On top of the rates of displacement, 5.1 million Nigerians are malnourished. Being on the move makes food sources even less reliable. Countries with high rates of political conflict typically have hunger issues that coincide.

The amount of food insecure households is highest in the rural region of Borno in Nigeria. In Borno State, 64.2 percent of households are food insecure. In late July of 2017, the government of Nigeria declared a state of food and nutrition emergency in Borno.

In the states of Adamawa, Borno and Yobe there were 400,000 children under 5 at risk of severe acute malnutrition in 2016. Approximately 244,000 of these cases are in Borno alone. Food insecurity especially affects children as they are dependent on nourishment for growth and development.

Action Against Hunger (AAH) is active in Nigeria and has completed an assessment of risk levels in the state of Borno. AAH found levels of global acute malnutrition at 28 percent and severe malnutrition at 8 percent in Borno. These levels are especially alarming because both are almost double the international emergency threshold.

Households headed by females are more inclined to have high rates of food insecurity.

In the states of Adamawa, Borno and Yobe, 55 percent of female-headed households are food insecure. Women in low-income countries often have less opportunity to gain employment that would allow them to feed their families, leading to increased levels of food deficiency.

Action Against Hunger has provided clinics to aid with hunger in Nigeria. These clinics provide assistance for malnourished children, nursing mothers and pregnant women. Establishments like these save countless lives every year.

The International Committee of the Red Cross has been active in fighting hunger in Nigeria. In 2017, the ICRC reached over 1 million Nigerians and provided relief and livelihood training and assistance. They also provided 450,000 people in the north-east and Middle Belt regions with food for three months.

Of the 17 million people living in regions affected by Boko Haram, 11 million are in need of humanitarian aid, food, water and shelter.

These numbers delineate the effects of political strife on low-income countries. Dangerous and unreliable living conditions are not conducive to access to an adequate food supply.

About the author: Amelia Merchant of the Borgen Project, a NGO that addresses poverty and hunger.][

Sex For Grades: Lecturers, Stop ‘Praying’ On Female Students
Nigerians Made Up 21% Of 1281 Sentenced To Death In Malaysia – AI