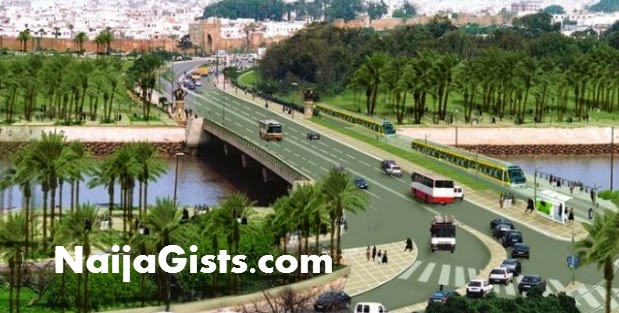 Dec 17, 2014 – Nigeria From The Eyes Of A Dreamer: The Country We Wish We Had By Samuel Ekekere

When I visit newspaper stands to see for myself what the stories making the lead are, I am baffled by the avalanche of knowledge that are in the privy of those we often call the “free readers association.” They are a group of middle to senior class citizens who meet at the vendor’s stand to read for free and share knowledge. They seem to know so much, have travelled round the hypothetical world and seen the future from yesterday.

In one of my recent visits to this communion of minds, I stumbled into an ensuing argument. The arguments were around the reasons why our nation had failed to live up to her expected billings. My very learned fellow free readers provided reasons and enormous reasons at that for the perceived failure of our great nation. They made statements like “in the US”, “in the UK” or “in advanced countries” to support their claim that our own great nation was far from being great. Being a patriot, or so I think, I desired to know what it is that has to change and what their expectations were, so I listened attentively as they each buttressed each other’s point for or against the motion.

I’ve observed the relative un-satisfaction that characterizes the expectations of the average Nigerian citizen. We do not have to travel overseas to develop a mirage of glowing pictures from outside our shores depicting the tranquil and orderliness of such lands. The pictures have being imported to us by our avalanche of satellite TVs and local analog television stations. This has helped us create a positive mental picture of those lands we want our own dear land to copy.

Even the unlearned of us would love to live in a country like the lands beyond our shores where we hear the roads are tiled with gold and sparkle like diamond. We have developed wonderful names for those lands; obodo oyibo, yankee etc. The average Nigerian will seize every opportunity to leave the shores of this great country if the opportunity presents itself while living in such countries have become a measure of one’s financial standing even if it’s not the case.

My interaction with these free readers gave me a picture of Nigeria, one I never had seen and still hope to see. They painted for us a Nigeria we wish we had but we’ve not had. I was engrossed with listening to them, men with grey hairs who had seen enough of life to know so much that I came out thinking why we should not work towards their picture.

While these men regretted at the seeming distance their aspirations and desire for our dear country is with the present, I felt bad that people with such inspiring aspirations could not find their way to government while those who claim to know so much but don’t run around our seats of power.
Who wouldn’t love a land that’s the cynosure of all eyes, whose streets are adorned masterly and her architecture, distinctively attractive, an adventure for even the most creative minds and an attention for the best of the world, a land whose milk and honey flows freely to all and sundry without distinctive class divisions.

Why won’t our youths, our future, stay away from lands beyond when we have a plethora of opportunities to support intellectual advancement and work opportunities to keep them busy, when labor is well encouraged and capacity is considered well ahead of connections.

Who would dare take the risk over the Sahara when our lush vegetation provides more than enough food to serve our ever increasing population, a land where food is a right and not a privilege, where we don’t just eat to survive but survive to eat, where agriculture is a wealth opportunity for the poor.
Won’t you love the opportunity to travel across our cities on well paved roads with cars made of Nigerian made engines, underground train networks with fast speed magnetic rails, and safe brand new airlines designed by our distinguished engineers?

Imagine our cities with hundreds of super high risings sprawling our skies, sparkling lights characterizing our night life, gigantic edifices and magnificent structures scattered beautifully over our landscape, beautiful estates that’s home to all and a housing policy that works.
How about a well trained police force well kitted for the task, an army of soldiers too prolific not to be noticed as a global force, seasoned men of the air-force with state of the art fighting jets, and a Navy that ranks as the topmost in world sea warfare?

Think of our home made goods proudly standing side by side international competitors in world fairs, competing for global market share and becoming leaders at manufacturing best brands. Think of Nigerian businesses becoming household conglomerates in nations beyond our land, creating opportunities not only for our countrymen but for the world.

How about the dignity of having qualified graduates of our universities stand head to head to challenge their peers from the best institutions across the world, considered as first choice in opportunities outside our nation’s shores and inventions linked to our own creative minds? How about our professors gaining global renown, displaying academic brilliance that’s second to none any part of the world? How about our universities becoming global training centers where students from diverse national backgrounds find learning in our academic environment interesting?

What will happen if our nationals are given pride of place in lands beyond our shores, dignified and distinguished because we are called by the name Nigeria? It would be a joyful sight beholding our nationals travel round the world without having to go through rigorous screening by immigration officers of other nations.

Ponder over the unity in spite of our diversity that can be built when we have all working well for us, a nation where political leadership isn’t as profitable as running a farm, where it would be pride of place to serve the nation with the entire might one can garner, where self comes next after others.

Wonder over the possibilities that can happen when creativity is given special place, where our future engineers and scientist have the opportunity at developing their ideas, with our own version of Silicon Valley built for the manifestation of these ideas.

How about our nation supplying aids to more than half the world and being the sponsors of major humanitarian movements around the world, our young men and women taking up volunteering roles as teachers, doctors, engineers etc., in various parts of the world?

Who will love the long distance travel to America, Europe and India for medical operations when our health centers could possibly ease off the health challenge and would be the centers of medical tourism from across the world? Our doctors would be first-class and renowned developing home grown skills in curing almost impossible sicknesses such as Ebola, HIV/AIDS, etc.

Imagine an economy not dependent on crude oil as a means for revenue generation, where our manufacturing and agricultural productivity supplies 90% of our gross domestic product (GDP) and the economy stands tall amongst top three economies in the world. Think of the implications of having such an economy on the quality of life of the average Nigerian.

How about having twenty four hours electric power supply powered by renewable energy in the form of solar panels, wind turbines as well as other renewable energy means, each home supplying to the national grid in their own little way?

Think about a clean environment empowered by adequate waste control mechanisms, with zero tolerance for waste, systems able to convert waste to wealth and energy, and dump sites inexistent.
Think of our own airspace agency sending Nigerians to space, our Nigerian flag having a place in the moon, probes sent across the eternal length of space, building a Nigerian space ship, discovering new life in mars and other distant planets.

Imagine our homegrown languages becoming official lingua franca in business and government premises across the length and breadth of our land and our languages accepted as international languages. Imagine a Yoruba, Igbo or Hausa textbook on mathematics, science, chemistry, physics, law etc. It would be easy training our young minds with our mother tongue rather than having to go through the learning process of a new foreign language.

If we had Nigeria the way my friends wished it had being and should be, I imagine like you may be doing now, the uncommon possibilities that will characterize the future. However, we are not there yet and there is still a long distance away and a really long distance at that.

We will get there as we transit on this long journey to the future. As we stop at this bus stop in 2015 for the next bus to the next stop in the destination great Nigeria, we must realize that the great future picture we want and we wish we had and we’ve not had is within our reach. That future is dependent on how we use our power, our vote, our resolve to influence change by making the right decisions.

Continue Reading
You may also like...
Related Topics:2015, dream, nigeria