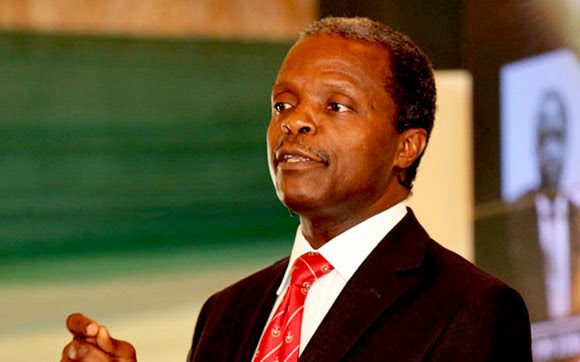 On Monday night, ex-Military President Muhammadu Buhari picked a committed member of the Redeemed Christian Church of God as his running mate.

A Law Professor at the University of Lagos State, Senior Advocate of Nigeria and former Attorney General of Lagos Yemi Osinbajo has been officially picked as the running mate of General Buhari as APC is expected to make an official announcement any moment from now.

Osibanjo’s nominated was concluded last night after consultation with Obasanjo and other leaders of party. The National Leader of All Progressives Congress, Bola Tinubu was told to let go of his ambition, a move that almost crashed the party before Osinbajo was nominated.

He is a Law Professor at the University of Lagos and served as Special Advisor to Attorney General Of Nigeria and Minister of Justice between 1988 to 1991.

Nigeria From The Eyes Of A Dreamer: The Country We Wish We Had By Samuel Ekekere
Desmond Elliot, Helen Paul Tatafo & Sammie Okposo Storm Glo Office In VI Lagos [PHOTOS]