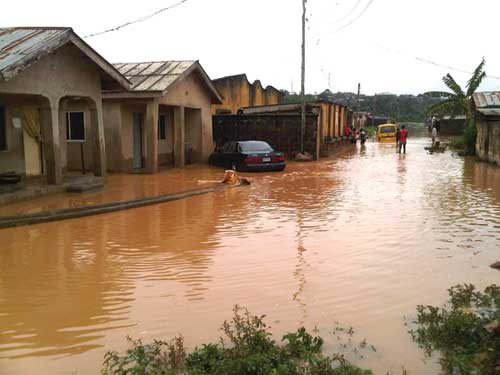 The Lagos State Government has alerted residents living in the coastal and low line areas of the impending over-flooding of the places with the release of water from the Lagdo Dam in Cameroon.

In a statement release by the Permanent Secretary, Ministry of the Environment, Oluwatoyin Onisarotu, the government said that the warning became necessary based on the outcome of the recent 2015 Flood Management Stakeholders Roundtable Meeting organized by the Federal Ministry of Environment in Abuja where preparations were made for the forecast of the 2015 Flood Management Strategies.

Onisarotu hinted of the possible consequences of the release of water from the Dam in Cameroon and its attendance effect on the coastal waters and the wetlands.

It was also disclosed at the Abuja meeting that the release of excess water from the Lagco Dam flood might cause flooding that will affect the Benue River Basin and States like Adamawa and the Niger-Delta amongst others with flooding problems.

The Permanent Secretary therefore advised that residents within the coastal and low line areas which are prone to flooding problems to ensure that all canals and drains are properly taken care of free flow of water.

“Likewise, they should ensure discouragement of people from dumping waste and refuse into the canals and drainages that may cause havoc and flooding,” he urged.

He also stressed that the State Government is committed to ensuring that several flood mitigating measures it has put in place are fully deployed to ensure minimal discomfort for all those who might be affected by the rising water levels that come with the release of that water.