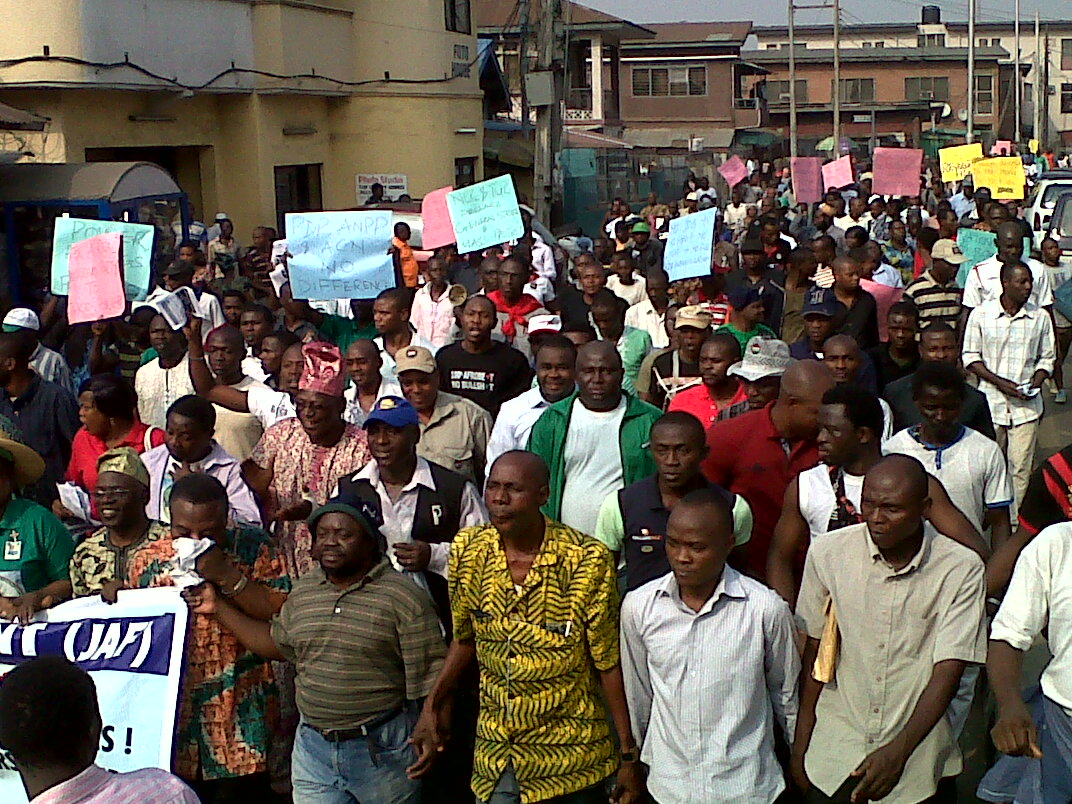 WE DON’T NEED A REVOLUTION, WE NEED A RE-EVOLUTION

I have listened on radio, watched on television, read on newspapers, discussed with neighbors, chatted with friends, argued with acquaintances and browsed the internet on the troubles with Nigeria. I may not be a five-star general, no not even a political analyst of repute, I may be considered too weak to wield the gun, my voice may be too low to be considered worthy of note but I am one of the many voices on the street who will never pray for a revolution.

There have been recent calls for revolution by men of note who should know better but haven’t. They are instigating our youths to take up arms against our nation. They are militarizing the civilians and civilianizing the military.

The problem started over 100 years ago, that day in 1912 when the British headed by Lord Lugard decided on the experiment called Nigeria. It was a path against useful advice from men of his time who had pictured the future mirage of problems the new nation would face. Defining the conditions for a united Nigeria was a difficult path but they decided on that path filled with selfish desires and egoistic passions. The resultant Nigeria could only but thread the path that had created it in the first place.

We have had leaders over the past 100 years; from colonialist, through nationalist, the generals and now civilians. We have had men of timbre and caliber who had towed the Nigerian boat through stormy and still waters. They did their best. However the problem is, the boat was built with faulty design. It wasn’t meant to go through the storms it had been faced with.

How long did it take for us to realize that there was indeed a need for change? We had always complained of the same issues we complain of today. When I was little, my dad complained of corruption in government, my neighbors complained of high cost of living, I listened to the political arguments of past political parties canvassing for roads, housing, health, and employment opportunities. The same old challenges and nothing really has changed except for our population explosion which has ensured that no matter how much the man at the top tries, he still will have some deficit.

Those clamoring for revolution, the blind power thirsty persons who are angry at their seeming distance from the men wielding power have not told us what plans it is they have after they have embarked on the revolution. That has been the problem with revolutions across the world. Those who push for revolution often do not have better plans or programs. They end up taking their nation through difficult revolutionary moments that destroy the much that had taken them so long to get such that building the ruins becomes even more difficult and costly.

Has there being a silent revolution? No. Revolutions are forceful, lives are lost and some are sacrificed. The ones who are clamoring for revolution would find their way abroad while those they have instigated fight with their soul for their lives. Don’t be deceived, the average men will bear the responsibilities of the revolution. They will be the ones to starve to death, hate and kill themselves. The men who are the propellers will stand aside and watch. They have mansions abroad where they would go and rest and when the nation has fought their way to peace they would return to continue from where they had stopped.

Our prayers for a revolution are out of place. Who would want to pray for what will hunt him? You may be the first victim and not necessarily a martyr. You won’t be celebrated or acknowledged. Your name won’t be found on the naira notes of the future or on the nation’s who is who that have died. Rather those who instigated it and escaped from the scene will take the future laurels and glory. Your death won’t add to the change we want. In real sense, we would lose the kind of change that you can make.

Nigeria needs all those who are living.

Yes we need change without doubt. Our human nature can never be content, our needs are forever insatiable. We have some things we will always desire to have that we find unavailable. Reason with yourself. Will destroying what you have provide you with the future better that you want? No. it will be out of place to think that by destroying properties worth billions we will be bringing about positive change. Such actions will be taking the nation backwards and posing an increased burden on slim government finances that should have been used on other projects.

Yes we need change, but we don’t need a revolution. We don’t need to destroy all we have hard built because we think it is faulty. We can redesign and reinforce the structures to make them better, bigger and stronger. We call this evolution.

Every great nation the world over has had their trying times. They may be great today not because they never had challenges like we do have now. They, in the face of their challenges evolved. They never revolved. They did not have to go round and round. If they did, they wouldn’t have being great. In the face of each challenge that came, they absorbed the gains; they learnt from their mistakes and found a way to get round them. They did not have to build destroy and rebuild continuously. They moved from one level of development to another.

Over the past 100 years as a united entity, we have had numerous challenges. Each step of the way, we have managed as a people to build on our frailties, weaknesses and limits. We have shown enormous strength with each experience and have increasingly developed bond amongst our diverse tribes and ethnic entities. Only those who are blind will not notice the so much difference that have been made through each government that have had their chance at towing this gigantic ship. We have learnt to evolve learning from each other’s mistakes and strength.

Though we haven’t reached where we would have loved to, we have gotten somewhere we can’t afford to return from. Yes we may still be faced with enormous challenges. These challenges are there to build us increasingly into a stronger people.
While we compare ourselves with other nations of the world, we must acknowledge the characteristic differences between ourselves and those we compare. We must realize that each had and still have their huge challenges. They even look up to us for some inspiration when they see how we can resolve our issues that are often gargantuan in nature. Our challenges may seem huge but we have the resolve to get over them the naija way.

Let’s not be deceived by the lines of thought of our political officials who want to score cheap political points by calling for a revolution. As a people, the power for the change we need is in us. It’s in our resolve, our fight to ensure that our nation rises through its troubles even stronger than ever. It’s us realizing that those at the top of affair of this nation are a result of our individual and communal effort. It’s realizing that we don’t have to kill ourselves because we need change. That change only arrives when we are alive to instigate it, that change being empowered by our votes.

As a nation, the challenge we face is the slow pace of growth or evolution characterized by corruption. The stronger we become, the faster we will reach the destination we desire to reach. We are making steps every single day. We might not be running as fast as we would have loved to but we are certainly on that progress path to greatness.

If we must reach that greatness height faster, we must develop new ideas and thoughts that can enable us run faster, ideas that will enable us place a check on issues of corruption our major challenge. We must re-evolve with a new propulsive engine, be proactive and creative at developing solutions to this challenge.

We need people at the helm of affairs who aren’t pro revolution but pro re-evolution. We don’t want people who promise us speedy changes that they know they cannot assure. We want people who will assure us of a better future that we will certainly reach spurred by today’s changes, because we know that often, only the slow yet steady wins the race.
What we need is a re-evolution.

Continue Reading
You may also like...
Related Topics:nigeria, revolution

Open Letter To General Buhari of APC: Pick Your Running Mate Carefully By Omokehinde
Nigerians Planning To Study Abroad, Read This Before Making A Decision