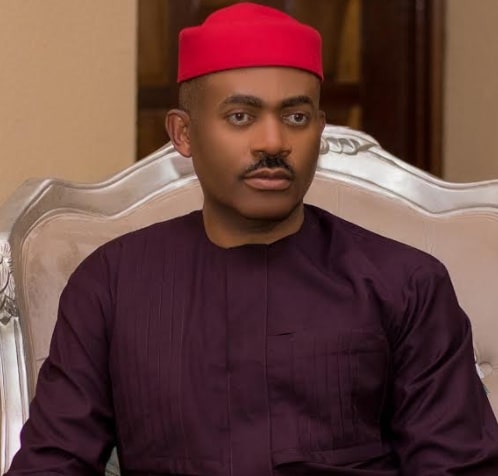 Dr. Maduka is a renowned medical doctor who specializes in anaesthesiology. He is the founder of Las Vegas Pain Institute in the United States and one of the most rated pain management doctors in the world. He spoke with journalists recently and bared his mind on the state of the nation. Excerpts:

COMING OUT FROM EDO ELECTION, WHAT DO YOU THINK ARE THE TAKE HOME?

One thing that stands out for me is a clear case of true demonstration of power of the electorates. Democracy according to Abraham Lincoln is the government of the people, by the people and for the people and I dare say that the recently concluded Edo election embodies this definition.  It is the people that donate their powers to their representatives in government. So legitimacy lies with the people. Like they say, the power of the people is stronger than the people in power. In Igbo land, we say that one person cannot defeat an army of people. What happened in Edo state recently is a clear example of how a determined electorates can make a strong point. It shows that nothing is impossible for a truly determined and resolute people who have decided to take their destiny in their hands. Again, the level of political consciousness and enlightenment is highly commendable. The social media which is the new Frontier of knowledge is a huge factor in the heightened political awareness in the country. This same vibrant consciousness also played out in the last NBA election. I am elated with the fact that democratic norms are gradually taking shape in our polity. The NBA election was keenly contested and Mr Olumide Akpata showed his uncommon organizational skills with the way and manner he galvanized the young Lawyers, speaking to the issues that affect them and charging them to take back their Bar from the old “establishment”. He swam against the tide by fighting the status quo. His message resonated with young Lawyers because it spoke to the core of their worries regarding the prestigious profession which to them, the older generation care less about.  And so they stood with and by him and mobilized greatly on his behalf. The end result was his winning the election by a landslide. Mr Olumide Akpata is my MAN OF THE YEAR, not just because of his victory at the NBA polls but because he rose to the occasion of leadership immediately after his swearing in. He hit the ground running. I must commend the entire members of the NBA for their comportment during the electioneering process and the graciousness with which the victors extended a hand of friendship to other contestants immediately after the election. This is being magnanimous in victory. The NBA as a body has since been able to close ranks and Forge ahead, delivering on the electoral promises of its new leadership. I must also have to commend the INEC for the Edo and Ondo elections. They can be said to be free, fair and credible in every sense.

WHAT IS YOUR VIEW ON THE STATE OF THE NATION?

Every Nigerian should be concerned with the tension in the country. It seems like the country is sitting on a keg of gunpowder and headed to the precipice. Insurgency, Farmer-herder crises, self determination agitations etc have reached fever pitch. In fact, being a regular on the Nigerian social media space can put one in a state of perpetual fear. We are grateful to God that we have managed to remain a united entity despite all these challenges but there is an urgent need to muster the political will and tackle these challenges head-on before this country implodes.

LOOKING AT THE STATE OF THE COUNTRY, WOULD YOU SAY WE HAVE A PROBLEM OF LEADERSHIP OR FOLLOWERSHIP?

Leadership is central to the success of every functional society. Where there is an abundance of natural resources and a dearth in quality leadership, there is stunted progress. But where there is a focused, determined and ideas driven leadership, even with no natural resources, the people can excel.  Singapore has no natural resources. They cannot even grow their own food. But their society today is a reflection of the visions of their leaders. In Africa, Rwanda didn’t allow the scars and the horrors of their bitter civil war to hold them back. Paul Kagame of Rwanda exhibited strong leadership by putting in place the process of reconciliation and healing among the hitherto irreconcilable Hutus and the Tutsi, and he is engineering one of the best capital cities in the world and has gifted Africa, one of the fastest growing economies. Nelson Mandela united South Africa despite the apartheid years and the intense racial tensions and fault lines that came with it. Dubai is located in the harsh unforgiving Arabian Desert. 40years ago, it was a wasteland. But with focused and determined leadership, it has been amazingly transformed and has become not just one of the top destinations in the world but a testament to visionary leadership. See how China and India pulled hundreds of millions of their people from the poverty trap in less than a decade. Nearer home, using my State Anambra as an example, we saw how the leadership of Chris Ngige and Peter Obi turned the fortunes of Anambra around and set her on the path of sustained progress. Nevertheless, having a conscious and enlightened followership is as critical as having good leadership. Both of them go hand in hand. Most leaders set out to do good but along the line, they get caught up in the sycophancy of the led and that is why it is vital that a leader chooses a team that aligns with his vision so that he can be constantly reminded to keep his eyes on the ball.

WHAT DO YOU THINK IS THE MAIN TRIGGER OF POCKETS OF AGITATION EVERYWHERE IN THE COUNTRY NOW?

No country is without challenges.  Even America with it’s over 200 year old democracy will always say that they are still working towards a more perfect union, that their country is still a work in progress. Here in Nigeria, there is this feeling of inequality and injustice by the majority of the populace. Some sections of the country feel other sections are lording it over them. The Nigerian motto is Unity and Faith, Peace and Progress. We cannot have progress without peace, and I mean negotiated peace, not peace of the graveyard. Again, there is a growing discontent by the youthful population due to rising unemployment and lack of opportunities.  An idle youthful population is a recipe for disaster. It is a ticking time bomb. So there is an urgent need to arrest these pockets of agitations by running a more inclusive government, creating more opportunities for job creation and addressing social inequality.

HOW MUCH ARE YOU DISTURBED ABOUT THE #ENDSARS AND POLICE BRUTALITY PROTESTS AND WHAT WOULD YOU ADVISE THE GOVERNMENT TO DO TO NIP THE AGITATION IN THE BUD?

Peaceful protests and free speech are necessary ingredients in every democracy. They are fundamental to the sanity of a democratic process. I have come to realize that though the immediate cause of the protests is police brutality, profiling, extortions and highhandedness, the protests go deeper than that.  I can say that it is as a result of pent up anger about the frustrations of the Nigerian system especially as it relates to the Nigerian youth. To be honest, the youthful population has been given very little or no opportunity to thrive, and yet we call them the leaders of tomorrow. The protests show a population that is tired of the back seat, a population that is hell bent on taking the country back from the jaws of unemployment, insecurity, corruption, inequality and tribalism. As you can see, it transcends tribes and tongues.

The positive side of it is that it is a natural feedback in a democracy. It affords the leadership the opportunity to reassess their priorities in relation to issues that affect the people. The only way out of the protests is dialogue and continuous engagement until all the issues are sorted out. I must commend the Nigerian youths for the peaceful conduct of the protests thus far. To be fair, the youth has not been given enough credit in this country.  See the organizational acumen, the mobilization and the near efficiency of the communications. See the sacrificial spirit and the shared brotherhood among the protesters. No news of violence or resort to vandalism. They even clean up the venues of the protests and dispose of the waste properly. I must also commend the Federal government for the way it has engaged the youths and acceded to their demands. I also commend how the likes of Dangote and Tony Elumelu among others have equally squeezed out time out of their very busy schedules to talk to the youths in a bid to pacify them. I implore the youths to sheath their swords. They have spoken in unequivocal terms and the Nigerian society heard them loud and clear. Out of these night shall emerge a wonderful and bright morning. I also urge the Nigerian police and other law enforcement agencies to maintain standard rules of engagement and high level of professionalism at this time.

YOU MADE A DONATION RECENTLY TO FLOOD VICTIMS IN ANAMBRA STATE, WHAT DO YOU THINK CAN BE DONE TO STOP PERENNIAL FLOODING IN ANAMBRA EAST, ANAMBRA WEST AND OGBARU?

The perennial flood in Anambra State has become a recurring decimal. The Covid 19 pandemic and lockdowns already wrecked huge havoc and difficulty on the finances of people all over the world. So it is quite sad and heart breaking to hear this kind of news that exacerbates an already bad situation. The year has been a tough one for us. I am aware that over 15,000 people have been displaced and properties worth several hundreds of millions of naira including farm produce destroyed. I am particularly worried that most of the communities affected are largely agrarian communities who depend on farming for their sustenance. Farm lands have been submerged. The implication on food production is dire.

I already reached out to our people in the affected areas and made my own donation for the provision of their necessities. I am appealing to civil societies, NGOs, faith organizations and private individuals to mobilize support for these people in this trying time. I commend Anambra State government efforts so far. However, there should be a permanent solution to this flood problem. Our people cannot be restless every raining season. It requires thinking of the box and using novel engineering solutions to channel and subdue the forces of nature to our good, not being victims of them.

Continue Reading
You may also like...
Related Topics:nigeria, peaceful protest