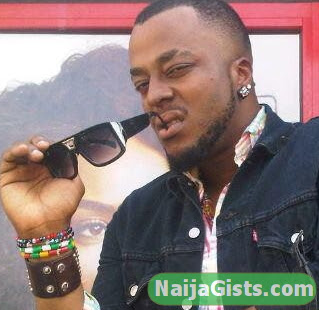 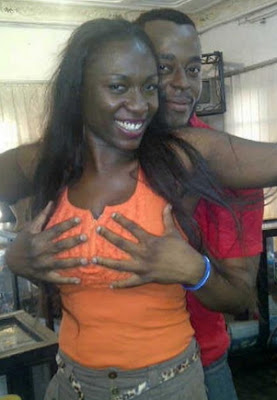 His dirty secret lifestyle has been exposed by his supposed girlfriend Emelda Emells Anthony who claims she is not dating him.

Upset by the virality of their photos that circulated the web last week, Emelda said she has known Benson Okonkwo as far back as 2005.

Emelda said the photos making round was taken in 2011 at a beauty shop.

Emelda who lost her father on the 4th of August claims she is engaged to another man and that they’re currently having issues after he (her new man) spotted those pictures on the net.

To make the matter worst, Emelda said she became aware Benson Okonkwo‘s gay lifestyle after he started seeing troop of men in his house.

The beautiful lady who is currently mourning the death of her father is using this medium to expose his dirty secrets and her real relationship with him.

Check out what she said below;

” I’m not in any relationship with Benson. He is just using me to cover up his real lifestyle. I have known him since 2005 and those photos were taken in 2011 at a salon and we were just playing around, even the kiss is not real. Benson has been using me to cover up for years and it has to stop. I have a serious boyfriend and it was his friends that drew his attention to the photos. Now I am having issues with my man. I am not engaged to Benson or planning to marry him.

He has never even asked me to marry him. His father and my father were close friends and that was how we met. We were supposed to date back when we were introduced but he never touched me and when I started seeing men in his house I understood and we have been friends ever since. This story is so painful to me. I lost my father on August 4th and I am still mourning him so to be reading this type of story online is making my situation worse. Please help me tell the world I am not getting married to Benson”. 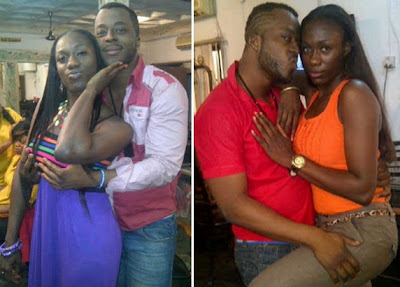 Emelda’s denial of relationship with Gay Nigerian actor Benson Okonkwo and the fact that she said she sees a lot of men in his house suggest that he is definitely an homosexual man.

I think she is really upset for seeing her unauthorized pictures all over the net.

If Benson Okonkwo is gay, he might face 14 years jail sentence in Nigeria over the recently passed anti-gay law.

Another school of though said Emelda should be blamed for allowing a guy to touch her openly in her sensitive spot. 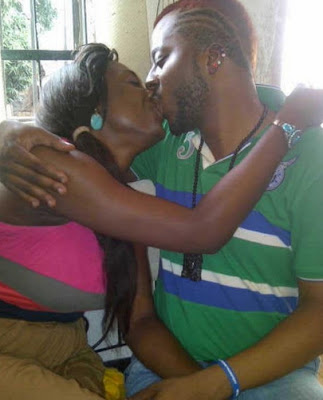 In the pictures that went viral, they were even spotted kissing passionately.

Who do you thing should be blamed, Emelda or the gay Nigerian actor covering up his lifestyle?