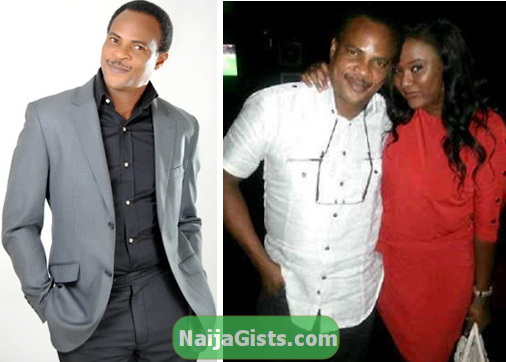 In 2011, the lovers met in the United States of America and began dating.

Fred Amata who has a lovely daughter with the President of the Actors Guilds of Nigeria, Fiberesima Ibinabo dumped her over an irreconcilable differences before he started dating Mor Okonkwo, a US-based single mother of 2 children.

Few weeks after Fred Amata’s glamorous 50 birthday party that held on the 18th of May, 2013 at the Muson Centre in Onikan Lagos, Fred & Mor Okonkwo ended their relationship over a private issue they didn’t leak to the public.

But sources close to Fred claim he dumped her due to her busy schedule that is affecting their relationship.

May be this is a chance for Fred Amata to reconcile with his baby mama.