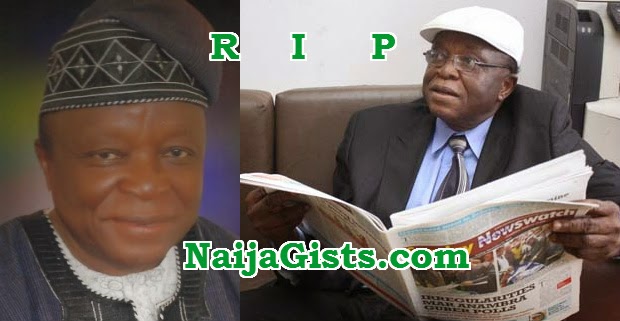 The lead actor in the rested Village headmaster series on NTA, Mr Frederick Femi Robinson has passed on.

The actor who has been receiving treatment for an unknown ailment since March 2015 finally succumbed to a mystery illness today at age 75.

His two sons Wole and Seun Robinson announced his death on Facebook few hours ago.

Although the cause of his death was not mentioned, colleagues said he battled diabetes throughout last year.

Femi Robinson has joined the cast and crew members of Village Headmaster like Justus Esiri, Oba Funsho Adeolu and Chief Segun Olusola who have died.

The deceased who passed on earlier today at age 75 is survived by his wife, Modupe and 4 children.