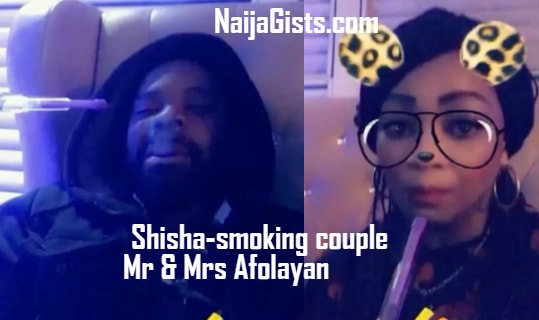 The cute couple who tied the nuptial knot few weeks ago seem to have something in common, they are both Shisha (Hookah) addict.

Gabriel Afolayan shared a clip of the duo chilling with pipes of Hookah but later removed the video after fans came after them.

Marriages where couples are addicted to a common substance usually last.

Most Nigerians smoke Shisha to unwind but the danger in it is that it contains the same addictive found in cigarette.

According to medical experts, those who smoke Shisha are likely to have cancer or die of the same disease as chain smokers. #sadnews