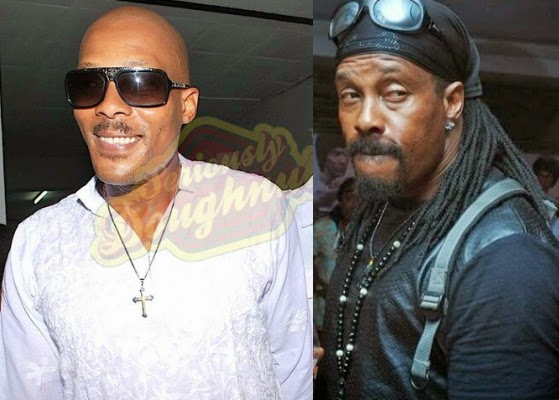 One of the most popular men in Nollywood in the late 90s , Hanks Anuku is now in a bad shape.

The actor who relocated to Ghana few years back moved to Zambia in 2011 where he participated in dangerous sexual activities with over 80 prostitutes. 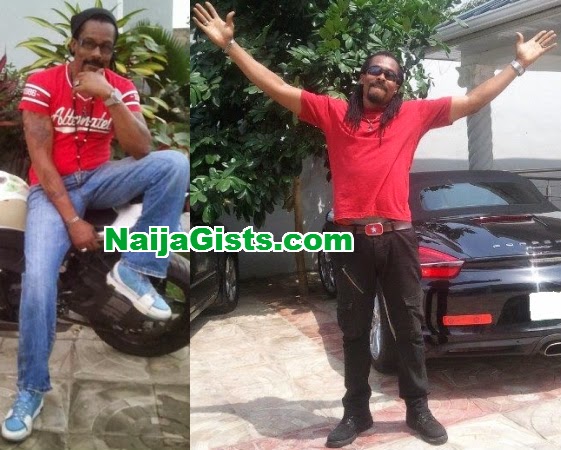 Hanks Anuku who is now HIV positive has infected his wife with the disease.

In an exclusive chat with City FM Ghana, the absentee Nollywood actor says he has dedicated his life to God and has accepted Jesus Christ as his final solution.

See excerpt of the intervew below:

“My past is regrettable because I have since parted ways with my wife, kids and relatives.I was one of the people who misused fame and I went wild. I was enjoying life my brother because women would easily love me.

“I came in the limelight in 2002 after being approached by Arnold Shoko from ZBC and he was a producer. We were training together at Body Building Fitness Centre and as a producer he identified me after picking some acting characters in me. After that he took me for auditions with a drama called Cobra in 2002,” said Jones.

“I was acting as Joe and it was a leading role. The Joe was fighting to please a girl. After landing the role Joe, life changed my brother, from zero to hero. We started getting opportunities and shifted from Ghetto to Avenues. The Drama lasted for Six months on TV. I then attained a diploma in Marketing and I started working with several companies since I had gained popularity in the country,”.

“Life in Zambia was heaven on earth because we could enjoy life, moving in all places but I was missing my family. During that time I had quite a number of sexual activities and I slept with different women. When I came back home I never took care of the family. I started drinking life a fish and became an irresponsible husband leaving the entire burden to my wife,”.

“I got tested while I was in Zambia after one of my girlfriends told me about her pregnancy. She had gone for pregnancy tests and during that time she was tested for HIV and the results were shocking, she was positive. She forced me to get tested but I could not come to terms with the results. After I got tested I came back to Zimbabwe and I kept quiet about the issue. I never told my wife about the issue. I infected her but I regret. I later on received some counselling and it well well,”

“My wife had escaped to SA over a debt of US$2,000 and since I had become a burden to her, I failed to pay my rents. The situation forced me to take my children to Highfield where my mother resides. At that time, my then landlord took my property before fabricating criminal charges against me which landed me in remand prison pending my trial. It was alleged that I sodomised my four-year-old son and raped my two daughters aged 10 and 6 on 7 February,” .

“Life changed from bad to worse. I was in remand prison for five good months. The allegations were never true my brother, (they were) mere allegations meant to tarnish my image, just imagine how I can rape my own children and sodomise my son. I still wonder what she wanted to achieve from that, but I was saved from the jaws of imprisonment. I was facing 10 counts of both charges and she went on to add more charges which were serious. I thank God I am a free man,” .

Anuku was found NOT guilty after the State failed to prove a case against him beyond reasonable doubt on 14 June after a full trial. Shockingly, lawyers who wanted to represent his famous actor, demanded a whooping US$15,000 to represent him in court and help him get bail. For that reason he failed to acquire the services of a defence counsel.

Asked to reveal the total number of women that he has had sex with, Matanhire left this reporter speechless and dumbfounded.

“During my peak of popularity I had sex with approximately 80 women, within Harare and Zambia. In 2002 it was so amazing to be on TV. I abused the fame. To make matters worse I lacked counselling and I failed to handle it properly, leaving me in this mud. I am now a born again Christian with UFIC under the guidance of Prophet Emmanuel Makandiwa.

Hanks Anuku is now based in Zimbabwe and believing God to heal him of HIV AIDs.

What a sad story!