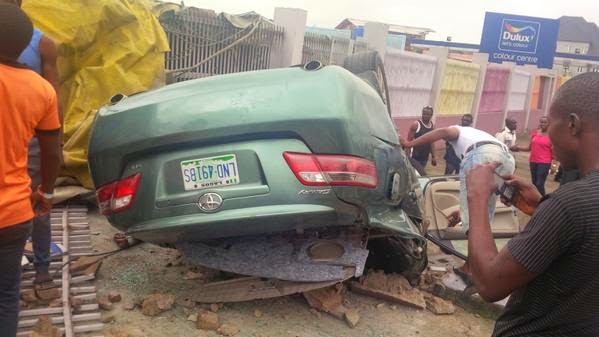 Pictured above is the scene of a fatal car accident that happened early this morning in Festac area of Lagos.

The occupants of the Toyota car are said to be a couple returning from a night club.

The man who was said to be in a drunken state was found barely alive while his wife was pronounced dead on the spot.

Rescuers are still battling to contact their immediate family members.

The driver of the car was said to have died at the hospital.

See another photo from the ghastly crash below 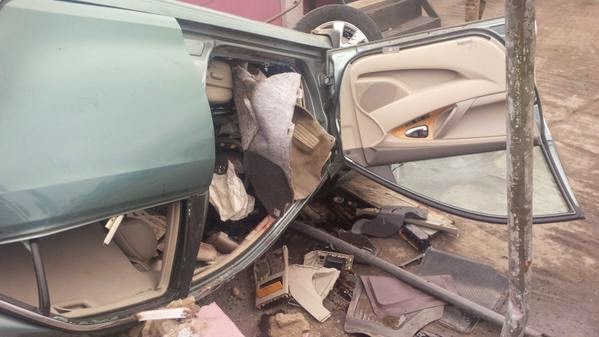 This is the first valentine’s dau tragedy reported in Lagos State.