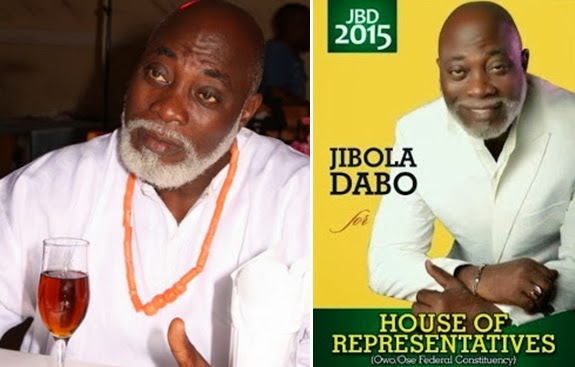 Nigerian actor Jibola Dabo has joined the growing list of Nollywood stars who are now politicians.

The veteran Yoruba actor who recently declared his political ambition for 2015 is contesting for House of Representatives come 2015.

Below is a list of Nollywood stars who have ventured into politics and their posts:

Nollywood Stars Who Have Joined Politics

Good luck to Jibola Dabo on his new adventure, hope he wins.