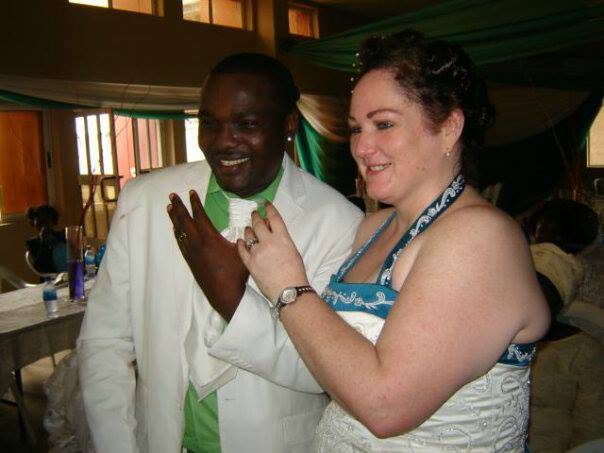 Few hours ago, he took to Twitter to say:

“Trying to hold on to a miserable marriage doesn’t make it a success. There is nothing like complete freedom and happiness. It gives hope.”

Fillers in the entertainment industry alleged that Yomi Fabiyi is over and done with the marriage over his British wife’s bossy attitude and the long distance relationship between them.

The actor recently agreed to remain in a long distance relationship to his older wife when he returned to Nigeria 3 months after their wedding.
Mr Fabiyi said he relocated to Nigeria because of the harsh weather in the UK and his acting career.

His wife tried to relocate to Nigeria but left for UK after spending 2 weeks in Lagos. Yomi said his wife complained that she couldn’t cope with daily area boys harassment and intimidation.

Read what Yomi Fabiyi said in a recent interview:

“We had an agreement that we will be living in Nigeria but after a while, she couldn’t cope again due to the way area boys used to harass us and collect money. She said we had to go back to UK but I told her I can’t leave my job. Nigeria is the best place for me because of my career. That was just the issue between us, and that has been resolved.

Now we have both agreed that I can come to the UK anytime. Left to me, the weather there is not good for me. That’s another reason I can’t live there, and she agreed with me. She also agreed that she will be coming to Nigeria to see me.”

Fran is an elderly woman who is as old as Yomi Fabiyi’s mother yet the actor said he didn’t marry her for a British Passport. He even said in another interview the he has never collected a dime from Fran.

The major bone of contention in the marriage is the long distance that has separated them for a long time.

According to NaijaGists.com sources, Fran hasn’t been able to come to Nigeria for a while now over the Ebola virus outbreak in Nigeria and the current unrest in the country.

Yomi Fabiyi on the other hand said he is not interested in traveling to the UK.

Our source said the loveless marriage is approaching a dead end.