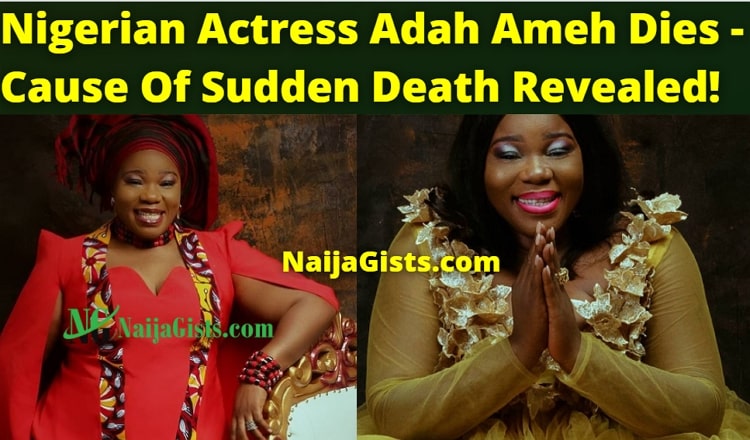 She died around 11pm on Sunday the 17th of July at NNPC toyshop.

According to eyewitnesses, she was invited to the toyshop to be a guest when she suddenly slumped.

She was rushed to a nearby NNPC hospital where she was pronounced dead.

Her remains is currently at the aforementioned hospital.

An insider said Delta based Nollywood stars have been trooping to the hospital to confirm the report and see her remains.

The actress who was born in Ajegunle Lagos on the 15th of May 1974 became popular after playing the role of Anita in Domitilla, a movie produced in 1996.

Her last video on Instagram was uploaded about 1 hour to her death.