Nollywood actress Omotola Jalade arrived New York on Tuesday for the Time 100 Gala event that held at the Lincoln Center.

Omosexy was welcomed in grand-style by New York-based Nigerians and her fans all over the United States. She partied with them before heading to the Time 100 Gala event.

The beautiful mother of four was spotted with the owner of Huffington Post, Arianna Huffington at the Time 100 Gala event last night.

The actress made history as the first Nollywood star to ever enter Time Magazine’s 100 most influential people in the world.

See more photos of Omotola Jalade in New York below. 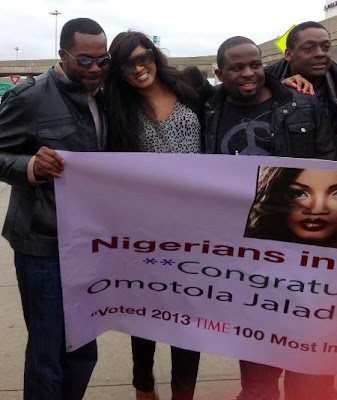 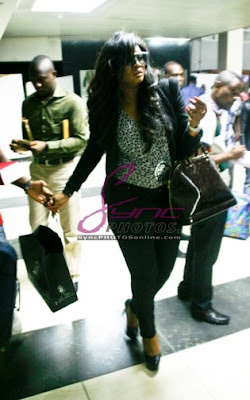