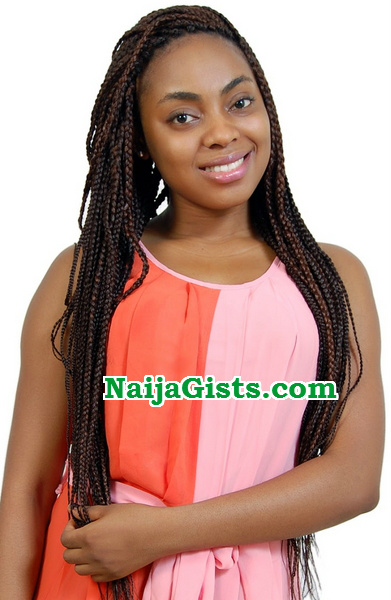 June 30, 2015 – Nigerian Actress Sochima Ezeoke: Nollywood Lesbians Threatening To Kill Me If I Don’t Join Them

Nollywood actress Sochima Ezeoke has exposed some lesbians in the entertainment industry threatening to kill her over an interview she granted to a Kenyan journalist last year.

Hear what Sochima said in a recent chat with NG.

I hear that lesbians hardly take their eyes off pretty girls like you. Have they ever ‘toasted’ you in the industry?

I have experienced it severally both in and outside the industry. It got to a point that they threatened to blackmail me or kill me if I refuse to yield. They would call me and say that if I refuse to succumb to their advances, they would sponsor damaging publications against me. I took it as empty threats until they started sponsoring unspeakable publications against me on the social media. They even turned it to be that I was the one wooing girls to be my lovers.

Why did they go to the extent of threats and blackmails?

I think it was as a result of an interview that I granted a certain Kenyan journalist in Kenya. After the interview was published, a lot of people who saw it were calling to commend me. But these people were pissed off. They were like, ‘Okay, you think you are the only good girl in Nollywood? There is nothing like good girl in Nollywood. If you don’t join us, we will deal with you’. They were calling me and sending text messages, sometimes anonymous, and my brother kept replying them. In fact, they even threatened to kill me before I celebrated my last birthday in October 2014. And at a time, I had to even dump Facebook. But seeing that all their evil plots failed, they recently started apologising through calls and text messages secretly.

Why didn’t you give in to save your life?

Sochima can’t! I will never do that in my life. I grew up in a Catholic family where we were taught to stay off sin that would prevent us from receiving the Holy Communion every Sunday. I grew up with that consciousness – always working on it and looking forward to receive the Holy Communion on Sunday. Even at the university, I kept on pushing for that. But as a beautiful girl, like you earlier described me, it was not easy. But I kept pushing on.

Did you also withstand the men all through; do you have a boyfriend in line with the saying that body no be wood?

I am still single.

Is marriage in your plan presently, at least to set you free from lesbians and male admirers?

But is there any man on the waiting list, so I would know how to go about my candidacy, that’s if I’m your kind of man?

(Laughs) You are free to join the queue. But sincerely speaking, there are several available suitors, but I am praying for divine guidance so I don’t make any mistake.