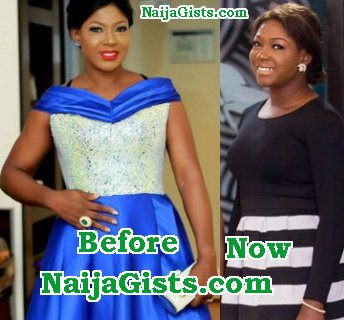 Though the pregnancy was planned, the actress reportedly suffered miscarriage at fifth month.

An insider NaijaGists.com spoke to this morning said the actress was initially devastated because age is not on her side but her Oyinbo hubby encouraged her to look past the issue.

As it stands, the actress said she is not going to give pregnancy a try again until her body fully recovers.

She was last seen at the premiere of Unknown caller in Victoria Island on Sunday the 17th of July 2016.