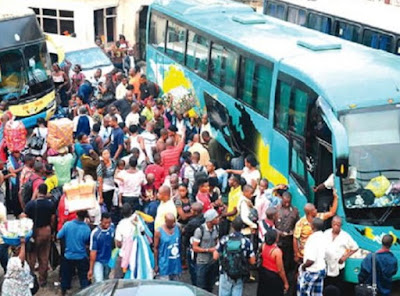 Ikechukwu Ogbonna was today docked before a Magistrates’ court sitting in Kano for allegedly biting off a driver’s ear.

The 35-year-old accused was facing a charge of causing grievous hurt.
The prosecutor, Sgt. Sani Kura told the court that the accused committed the offence on July 10.

Kura said that one Cletus Nweke of Igbo Road, Sabon Gari, Kano, a driver in charge of a luxury bus, reported the case to the Sabon Gari Police Division, Kano.

He added that Ogbonna of Sunusi Street, Sabon Gari, Kano, on the same day at about 10:00 a.m. caused the complainant, Nweke, grievous hurt by biting off a portion of his ear.

“This resulted from a misunderstanding the accused had with the driver over the loading of his bus,’’ Kura said.

The prosecutor said that the offence was contrary to Section 247 of the penal code.
The accused pleaded not guilty when the charge was read to him.

Chiroma said that one of the surety must be a community leader and the second should be a businessman in Kano.