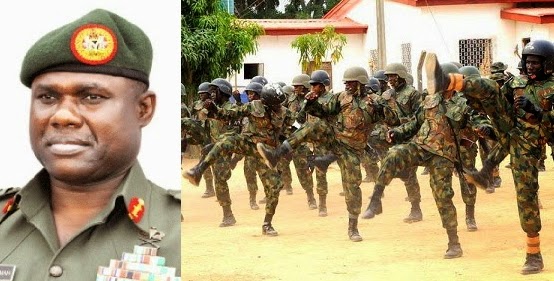 On Wednesday the 21st of May 22, Nigerian Army Budget and Accounts Chief, Major General Muraina disclosed to journalists that the Nigerian army lacks adequate funding to combat Boko Haram terrorists.

At a training ground for the army yesterday in Jaji Kaduna, General Muraina said:

“Currently, budgetary allocation for the military is inadequate to meet the contemporary security challenges and also cater for the welfare of the Nigerian Army. The Nigerian Army is enmeshed in the bureaucratic bottlenecks for the funding approvals for military operations. This calls for a review as the increasing speed at which the effects of conflict appear in the operational environment will continue to challenge commanders.

“It is our humble appeal that [the] government should evolve other means of funding and supporting military operations than the normal budgetary allocation. Such means include but not limited to strategic cooperation and liaison with other civil industries for the production of uniforms and other equipment.

“We are not oblivious of the constraint on revenue generation and the fact that [the] government has so many other responsibilities, but we are appealing to the government to review the current template of funding of the military, considering the current security challenges.

“For instance, the army budget for this year is just N4.8 billion. Assuming we committed 20,000 troops to the Northeast operations, the jacket and helmet is in the average of about $1,000. If you change that to naira, it is about N150, 000. If you now have about 20,000 troops, this means that they are going to spend about $20 million and that is about N3 billion.

No wonder Boko Haram is defeating the army.

Nigerian government should invest more in the security of Naija citizens.