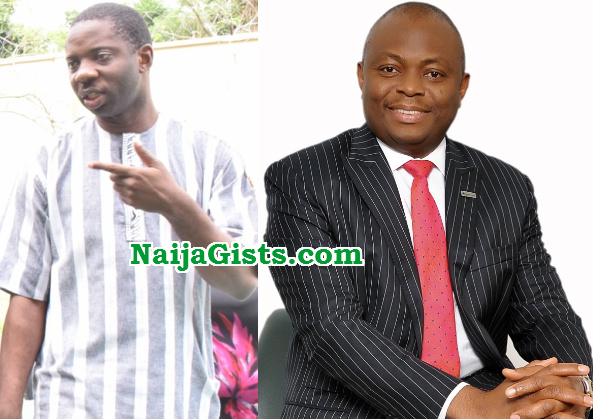 The founder of BON (Best Of Nollywood), Mr Seun Oloketuyi has been arrested over an alleged malicious publication against Fidelity Bank MD, Nnamdi Okonkwo.

He was remanded in Ikoyi Prison yesterday on 2-count charge filed against him by the Special Fraud Unit of the Nigerian Police Force.

In June, Mr Oloketuyi reported an adultery story of Mr Okonkwo which he (Oloketuyi) claimed destroyed the marriage of Nnamdi Okonkwo and his mistress, a lady simply identified as Justina.

The report further alleged that the lady working in the marketing department of Fidelity bank has travelled abroad to deliver the baby.

Okonkwo petitioned the NPF against Oloketuyi and he was immediately arrested for trying to destroy his reputation.

When charges were read to him in court yesterday, Oloketuyi pleaded not guilty.

He was remanded in prison custody pending trial.

The matter will come up for trial on the 1st of September 2015.

Is he the only blogger in Nigeria sharing such story???? What happened to freedom of expression.