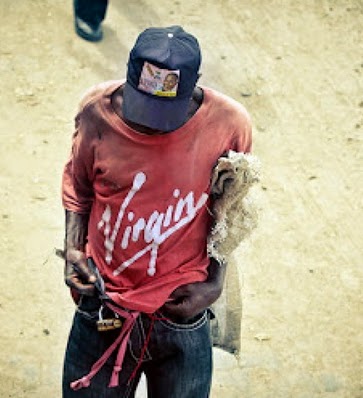 April 8, 2014 – Nigerian Boy Killed By Madman Inside Church In Abidjan

A 4-year-old Nigerian boy identified as Kennedy Nwariwe has met his untimely death in Portbouet  area of Abidjan, Cote D’Ivoire.

Kennedy’s father said the attack happened outside the church hall after the boy left the church service to play with other children outside.

“I did not know that he has left the church hall, it was when we heard noise outside that I saw it was my child. With the assistance of some persons, we immediately rushed him to the hospital where he was confirmed dead,’’ the deceased father said.

People who witnessed the murder said the mad man single handedly picked Nwariwe from the kids. He held his two legs and hit his head on a wall severally.

After a while, the youths descended on the mad man and rescued the innocent boy from his grip but he died on the spot. His head got seriously swollen due to the brutal attack.

“We are in a foreign land; we need to be careful, we need to avoid putting our children and wards into unnecessary dangers,’’ Mr Karren Nasiru, Nigerian Community President in Cote D’ivoire said.