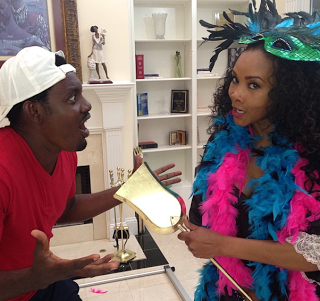 Nigeria’s king of comedy, Comedian Ayo Makun aka AY is set to drop his first ever movie any moment from now.

The movie titled “30 Days in Atlanta: The Adventures of Akpos” is currently in production.

Comedian AY who is currently on the set of his new movie will feature popular Hollywood actress Vivica Fox in the upcoming flick.

Comedian AY, Ramsey Nouah and Desmond Elliot have been in the United States of America for a while for the production of the highly anticipated comic movie. 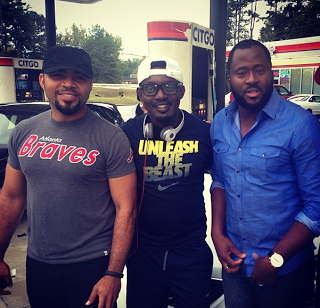 From Comedy to movie, what a brilliant transition.

Will bring you the trailer of the movie soon.