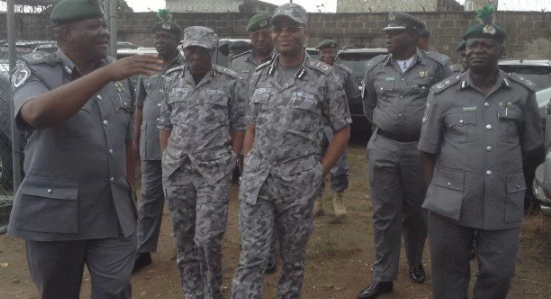 Some trigger happy customs officials have snuffed out the lives of three innocent children in Ogun State.

The incident reportedly caused panic in the area while the nation marked Worker’s Day.

The NIS officials were chasing some suspected rice smugglers on their way from Igolo in Benin republic when custom officials stopped them at Sango.

Their refusal to stop forced the customs officials to chase after them while shooting sporadically in the air.

The 6 victims died as a result of stray bullets from the customs officers.

Three of those killed, according to witnesses, are children. A motor mechanic, panel-beater and a secondary school leaver, simply identified as Ade, were also shot and killed.