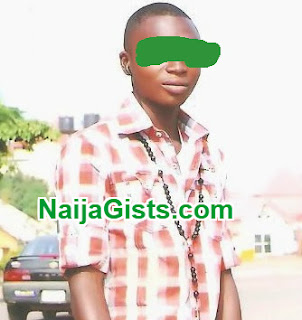 Ushie Godswill, an employee of Onim Global Service Limited has been dragged to court for robbing staff of South African Airways in Nasarawa State.

The suspect who reportedly committed the offence on the 21st of September in Nasarawa state pleaded guilty to stealing and begged for leniency.

To the shock of his victims, the Judge in charge of the case, Alhaji Umar Kagarko gave Godswill an option to pay N10,000 fine or 2 months sentence.

The convict was also ordered to return the stolen iPad, iPhones, 3 Laptops and $2500 belonging to the pilot and Cabin Crew of South African Airways.