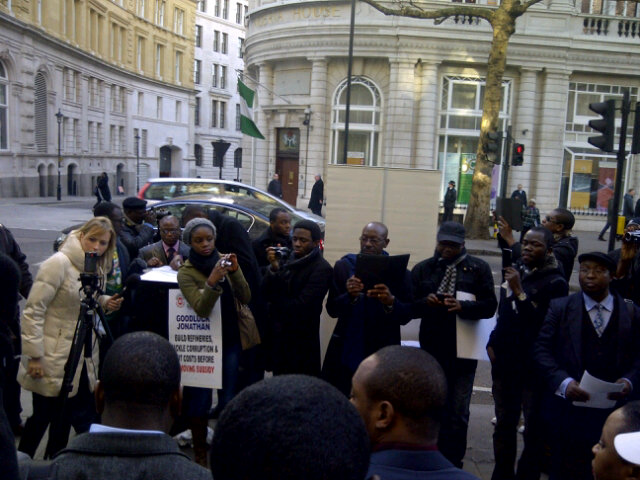 The Nigerian Community in Turkey on Independence Day (Tuesday) staged a peaceful protest against alleged neglect by officials of the Nigerian Embassy in Ankara.

The protest, which was carried out by over 100 Nigerians resident in Turkey, lasted for over one hour with no official from the embassy to respond to their grievances.

A statement made available on Thursday by Mr. Chris Otuguor on behalf of the Nigerian Community in Turkey, said the protesters were compelled to embark on the demonstration following the nonchalant attitude of the foreign mission over the years.

The placard-carrying protesters alleged that the mission was totally disconnected from its citizens, adding that they were always ill-treated whenever there was the opportunity to meet with the embassy staff.

The statement read in part,” We, the citizens of the Federal Republic of Nigeria in Turkey deem it necessary, to stand united with a strong message to our home country calling for change. This has not been an overnight call neither is it one due to flimsy excuses.

“Over the years, there has been systematic negligence of duties and nonchalant attitude from the foreign mission here in Turkey. For a long time now the mission has been like a capsule, one that is totally disconnected from its citizens. Complains abound about the unprofessional ways and manners the staff deals with Nigerians in distress.

“These situations range from citizens under immigrations proceedings to the ones trying to obtain one document or the other to avail them to get married, regularise their stay and live better lives.

“We step back to address the issues of our dead citizens in prisons whose properties still await the Embassy to sign for and collect. The notion that all Nigerians in Turkey are ill-informed and up-to-no-good and so should be treated like outcasts by their own foreign mission and the idea of the mission waiting till issues are at their boiling points before intervening is not a way to render services to your people.

“The change we seek is peaceful, honourable and just. We need qualified and vetted diplomats with the love of the country and citizens at heart NOT businessmen and women who are here mainly to use state office and facilities for their personal courses.”

The protesters, therefore, called on President Goodluck Jonathan to urgently effect the much needed change to change the present perception about the country’s foreign mission in Turkey.