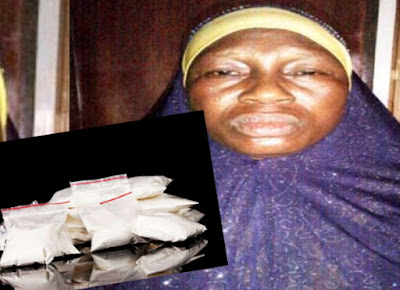 Modinat Owolabi Oluwayemi, a 56-year-old mother of 4 was today convicted and sentenced to 10 years imprisonment for cocaine trafficking.

In a court sitting at the Federal High Court in Lagos today, Justice Rilwan Aikawa found Modinat guilty of cocaine trafficking, she pleaded guilty to the charge as her lawyer, Morenike Ogunleye begged for leniency.

Modinat got 10 years for the offence which carried life imprisonment after Justice Aikawa yielded to her lawyer’s plea.

She was sentenced to 10 years starting from the day of her arrest.

Modinat was caught in possession of 32 wraps of cocaine weighing 330gram during a clearance of a Qatar Airways flight to Saudi Arabia on May 29, 2017.