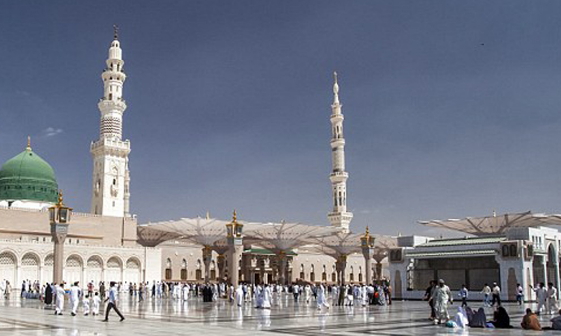 A Nigerian Hajj victim who fell and injured himself in Medina Saudi Arabia has been duped.

The victim identified as Ibrahim Bala from Kaduna state said when he fell at Prophet mosque on Monday, a man approached him and asked if he needed help.

He gave the man a bundle of Saudi Riyals to get him a walking stick and since then, the man hasn’t showed up.

Bala lamented that since the incident, he had not been able to receive medical attention as there were no officials of the Kaduna State Muslim Pilgrims Welfare Board to assist.

The pilgrim said he had to suspend the mandatory visitations to holy sites in Medina due to his health condition.

“As you can see, I still have a lot of money with me but I don’t know where to go, I don’t care how much I will spend, I just want to get well.”