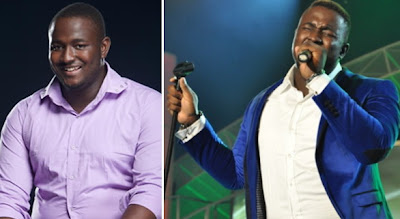 The winner of 2013, season 3 edition of Nigerian Idol show is Moses Obi Adigwe.

The 3rd edition of the popular Nigerian Idol TV reality show has come to an end with 22-year-old Moses Obi-Adigwe declared as winner!

After an opening performance from season one winner Yeka Onka, the show started with the host Illrymz introducing the two final contestants Moses and Debbie Debbie Olu-Rise on stage.

The 10 other finalists joined them and they all performed together for the last time.

Also, immediate past winner of Nigerian Idol Mercy thrilled the audience with her performance.

D’banj made a surprise appearance on stage and performed his verse of Naeto C’s ‘Tony Montana’ remix, concluding his set with his own single ‘On top of the world’.

And the moment came, Illyrmz announced Moses as the winner!

Interestingly, Moses popularly called ‘Teddy Bear’ made his way to the Top 12 through the wild card selection.

Moses who’s the first male contestant to win the show, will now join Timi Dakolo (West Africa Idol, 2007), Yeka Onka (Nigerian Idol, 2011) and Mercy Chinwo (Nigerian Idol, 2012) in the league of Idols winners. And he goes home with the sum of 15M Naira and a brand new SUV.

Debbie, the runner-up walks away with sum of 1M and a KIA RIO automobile.

According to NET, the show, recorded today at The Idols studios in Lagos, is expected to be broadcast tomorrow.

Moses is the last of four kids and just graduated from the University.

He plans to invest most of his winnings in building a sustainable and successful music career for myself……..then maybe throw a party.