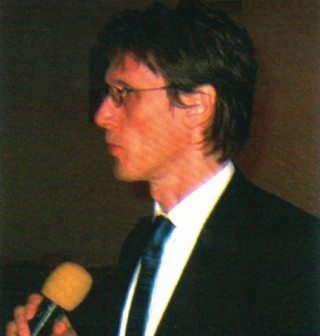 Nigerian lawmakers have once more come under attack after ex-Nigerian President Olusegun Obasanjo called them armed robbers at a function in Lagos recently.

In the latest development, a Canadian has described member of Cross River State House Of Assembly as touts.

The Canadian did not only describe the lawmakers as touts, he has also refused to heed the seven-day ultimatum handed his committee by the House of Assembly asking him to return the timber confiscated from a timber dealer called Mr. Samuel Ukim Awosa.

Jenkins said the Assembly is an amalgam of corrupt touts brought in from motor parks, adding that “some of them cannot even tie their shoes” and therefore have no authority to compel him to obey their resolution.

According to P.M report, Jenkins claimed the Assembly members were looking for money from him but would not get a kobo as bribe because most of them are not qualified to be in the Assembly in the first place.

“These people were in the motor park some five years ago and somebody just thought that let’s send these idiots to the Assembly. They are causing so much trouble here for us that is why they are in the Assembly,” he said.

According to him, the Assembly passed “what may probably be the best forestry law in the world without even reading it.”

It was on that score that the lawmakers are regretting passing the law that gave Jenkins the powers to function exclusively without checks from them.

The lawmakers who are now on a tour of South Africa, had on 8 May ordered Jenkins to appear before the House within seven days and to return the timber seized from Awosa following a petition to the Assembly by Awosa.

The directive contained in a recommendation of the House Committee on Judiciary and Public Service Matters, accused Jenkins of “despicable and unconscionable conduct” and accordingly called on him to return the timber.

Barrister Ogana Lukpata, the chairman of the Committee, said the Task Force invaded the home of Awosa and allegedly made away with the sum of N2.5 million naira and three lorry loads of timber.

Lukpata called on the Task Force to return the money and the timber within seven days from the date of the resolution. But Jenkins said the lawmakers were looking for money and would “not get a dime from me.”

While contributing to the debate on the floor of the House earlier, the Deputy Speaker, Itaya Nyong said the task force was acting outside its mandate and called on Governor Imoke to ban the Task Force and hand over its function to the Cross River State Forestry Commission.

Senator Imoke is yet to respond to the call by the Assembly to stop the Task Force from operating.

Meanwhile, Lagos lawmakers have reacted to the statement credited to former president Olusegun Obasanjo that legislators at the state and national assemblies are robbers and rogues. They have equally called him the father of armed robbers and rogues.

Two of the lawmakers, who spoke with P.M.NEWS, accused the former President of training the set of lawmakers he described as armed robbers and rogues and fixing them at the legislative arm of government.

They added that it was unfortunate that Obasanjo, who should be hiding his head in shame for plundering the nation’s resources, could make such statement despite knowing that his boys and party faithful make up a large chunk of the National Assembly and most state Houses of Assembly.

The Chairman of the House Committee on Physical Planning and Urban Development, Mufutau Egberongbe, said: “such volatile statement coming out from the mouth of a former leader is uncalled for in the sense that you don’t generalise persons on issues of morals and fraudulent acts.

“The amount of money that passes through the executive arm which he headed three times far, far surpasses what is found at the legislative arm which has no budget of its own.”

Egberongbe asked the former president needs to have a rethink and his comments should not go unchecked.

Though he agreed that there is corruption almost in every sector of the country, he, however, said the problem should be looked at holistically.

“Most of the people at the National Assembly, which is dominated by his party, are those who had, at one time or the other, passed through his own tutelage either as a former president or as a former head of the Board of Trustees of the Peoples Democratic Party.

“So if he begins to see fraud now, I would believe what he invested in eight years ago that is manifesting now,” he said adding that such comments could give Nigeria a negative image among the comity of nations thus adding to the problems facing the country.

He asked Obasanjo to realise that it was his harvest time since his children have shown that they were truly invested in judging by his statement.

Another lawmaker, Abdulbaq Balogun, described Obasanjo as a drowning man who was seeking some relevance .

“It is an unfortunate statement from an elderstatesman of his status because he had been saddled with the responsibility of serving this nation on three occasions,” Balogun said, adding that as a result of the privileged position, he created the avenue for those he called rogues to take over the legislature.

“It was during his time as president that we had an ex-convict becoming the governor of a state. That person came from his party and what did he do about it?

“I could remember a Senator who raised concerns on the floor of the Senate that he was sitting with people who had bad records and that he had investigated and interrogated some of them and that they do not have any business in the National Assembly, but the report was killed.

“Those he has accused belong to his party and what are their credentials and antecedents?

“I can put it to you that Obasanjo contributed in no small measure in making those people who they are today,” he said while advising the younger generation to learn from the former President’s mistakes.

He recalled that while at the helm of affairs, Obasanjo never respected the rule of law, adding that he should be somewhere lamenting rather than shamelessly speaking in public against the country that he ruined through the selection of the wrong leaders.(pm reports)owed.