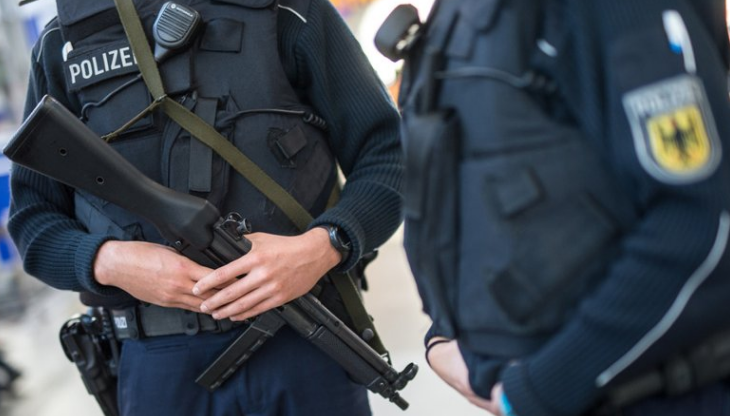 A Nigerian citizen has been arrested in Germany for planning a terrorist attack .

Over 450 German officers reportedly took part in a mass raids on 12 locations in Goettingen after acting on an intelligence information pointing to an imminent terrorist attack.

The 23-year-old Nigerian and his 27-year-old Algerian accomplice were caught with weapons during the raid carried out in Lower Saxony state on Thursday night.