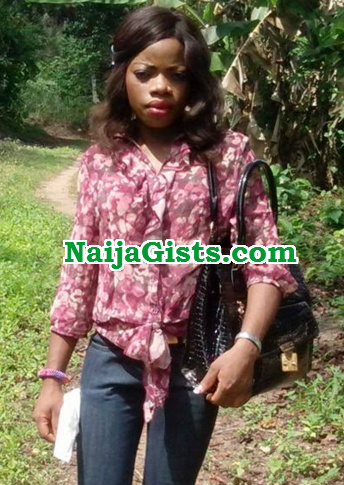 Adaeze Eboh, a 29-year-old jilted woman has dragged her estranged lover, Kalu Samuel, before Isolo Magistrates’ court after he allegedly duped and jilted her for another woman.

Samuel who lives at 46, Akinbaye street, Isolo met Adaeze Eboh who resides at 17, Ashiri Abo street also in Isolo and promised to marry her last year.

According to police, sometime in July 2015, Samuel approached Eboh and requested money from her to set up his phone business.

Barely five months after he collected N147,000 from her, he told her that he was no longer interested in the relationship.

An embittered Eboh asked him to return the money she gave him when the going was good and he refused.

In the process, Samuel reportedly assaulted her and chased her away.

Eboh went to Aswani Police Station and reported that Samuel obtained the money from her under false pretence, jilted and assaulted her.

He was arrested and at the station, Eboh insisted that since he had reneged on his promise to marry her, he should give her back her money.

Samuel refused to refund the money because, according to him, during the period the relationship lasted, he too spent his money on her.

He said it was not his decision not to marry her but rather his family’s wish and that he cannot marry her against their tradition in Ohafia in Abia State.

Samuel was charged with obtaining under false pretence that he would marry her and assault under the Criminal Code.

The presiding Magistrate, Mrs Joy Ugbomoiko granted him bail in the sum of N20,000 with one surety in like sum.

He was remanded in prison custody pending when he will perfect his bail.
The matter has been adjourned till January 2016.