Posted on December 10, 2015 by Naija Gists Leave a comment 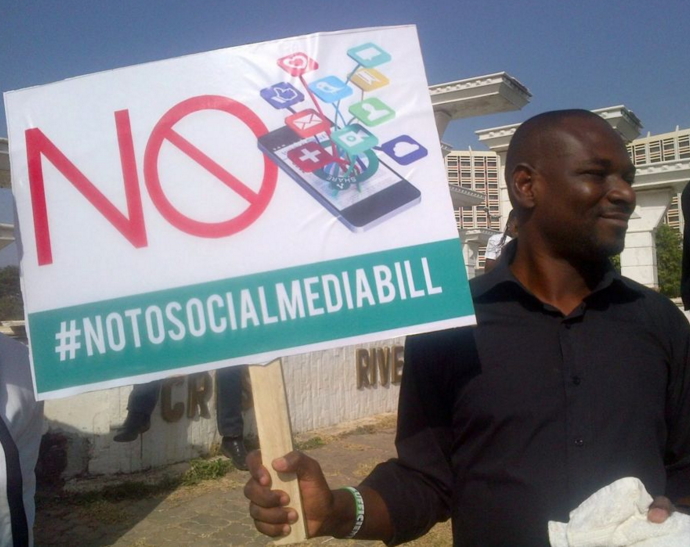 ……….Perhaps we do need a Social Media Bill an article by Tony Ogunlowo

This article is not going to win me any new friends – especially in the blogging community – but in the spirit of democracy I believe a bill to curb the irresponsibility of some bloggers and social media users is necessary after all.

In a country that’s just getting to grips with the concept of free speech, many see this proposed bill as an attempt to gag free speech as the incumbent President did in 1984 with his infamous Decree 4.

I don’t think it’s the intention of the sponsors of the social media bill to return to the throwback days of controlled press and free speech but to police it, weeding out what I would refer to as rogue bloggers, for instance, who publish, sometimes, malicious lies about people and the government.

Blogging , tweeting and commenting on the various social media sites has become a new way for the ordinary person, in the street, to share their opinion about anything with anybody out there in the vast online community without fear of restriction or persecution. But there needs to be checks and balances.

The wanton spread of malicious lies, rumours or hearsay is punishable by law in all countries around the world.

As a blogger myself I have a moral responsibility to ensure that whatever information I share with my readers – on Facebook, blogs, twitter etc – is the truth. It would be irresponsible, for instance, to post an article or link suggesting the government was planning to do something they were not or post lies. In the dangerous world we live in today that can lead to mass civil unrest.

There are a lot people who use the social media platforms responsibly and some who don’t – these are the ones the bill is aimed at.

Even though its and unwritten rule, bloggers for instance are bound by the same code of conduct as journalists – stories need to be researched properly and only the truth, not rumours or lies , can be published or posted.

Most bloggers have a subscriber base that runs into hundreds of thousands, and if they’re in the league of Perez Hilton or the Kardashians that figure can run into millions and millions – more than the circulation of most regional newspapers – and an incorrect story, rumour or lie will go out to all of them causing untold embarrassment to an individual concerned. Now if a journalist, OAP or newscaster spreads a false story the latter could be sued for libel or defamation of character. It shouldn’t be any different for somebody who posts something on any of the social media platforms. You can’t have one rule for one and one for another.

Anyone, bloggers included, have to take full responsibility for whatever they publish or post online. You can’t go round slandering, spreading malicious rumours or lies about someone or the government and expect to get away with it!

In light of this let’s take a look at some recent litigation concerning some rogue social media users from around the world:

– Under section 127 of the Communications Act of 2003 of the United Kingdom 1,209 people in 2014 were convicted for sending indecent, offensive or obscene messages.

– In April 2014 a Dutch girl was arrested for joking about hijacking a plane on twitter.

– Wrestler Hulk Hogan was fired by the WWE over an N-word rant on twitter.

– In 2011 Jordan Blackshaw and Perry Sutcliffe-Keenan of the UK were both jailed for 4 years after creating a Facebook event encouraging a riot.

– In 2013 Yang Xiuyu was arrested by Chinese authorities for spreading rumours online.

So bloggers and social media posters get your stories right! Only publish what is the verifiable truth – not rumours or hearsay – because if this bill goes through, a spell in Kirikiri prison or a hefty fine is not an interesting prospect!