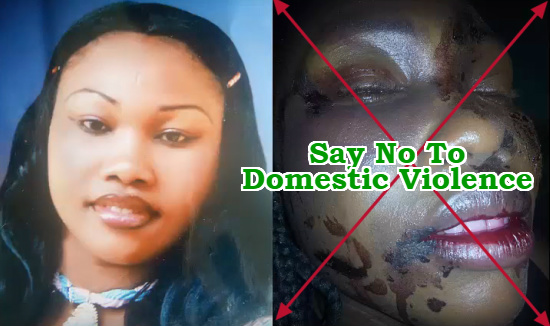 May 19, 2017 – Nigerian Man Caught On Video Beating & Kicking Wife In Front Of Brother In Law

Ezeh was caught on camera beating his wife Onyi Ezeh right in front of his brother in law.

The violent husband who cared less about the presence of the brother of the victim was seen kicking and punching his wife the moment he dragged her down from the couch over an undisclosed issue.

How come the brother of the victim didn’t intervene.

What if he killed her in the process, is that how he will be recording everything on camera…. Some brothers self. ISSHHH!!!