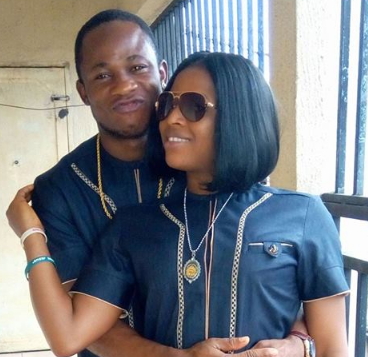 Meet Michael Onuorah, a Nigerian based in Jakarta Indonesia who recently made a big mistake that has left him guilt-ridden.

Michael who is now happily married to his Nigerian wife, Ogu Vivian told friends on the social on Saturday that he never planned to marry two wives until his Indonesian girlfriend told him she is pregnant.
The unexpected news hit Michael like a sudden blow as he just married his Naija wife, Vivian, the mother of his baby boy in Lagos state.

Here is what he wrote on the social media yesterday to seek advice from his fans. 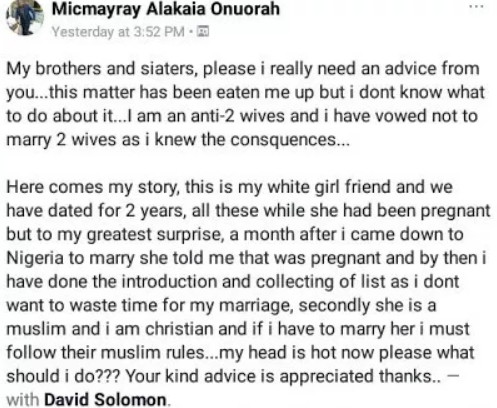 As it is now, his wife is nursing a baby while his girlfriend is pregnant. 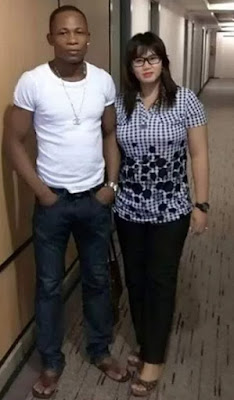 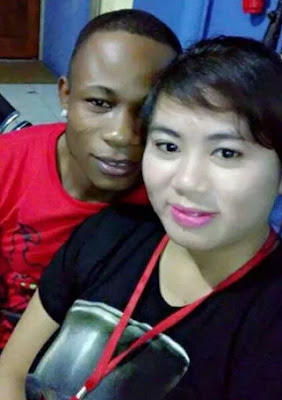 Another 2Baba is loading….What a mess!!