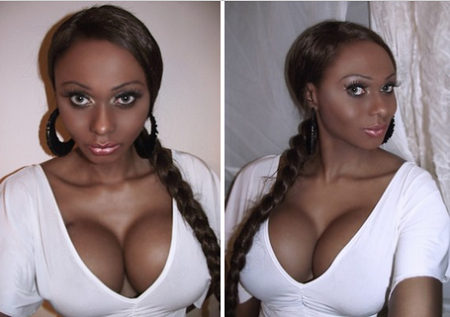 By now, Oche Clifford doesn’t need much introduction. Just a quick recap, he was a man in Nigeria who is now living as a woman in the United Kingdom. He has since changed his sex to that of a woman and now bears Ms Sahhara Henson. 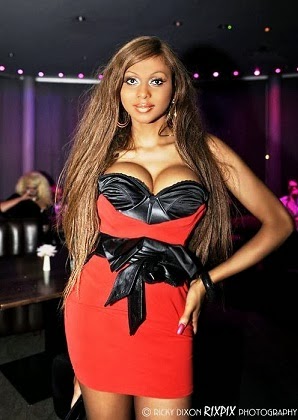 Hear Clifford in his own words below:

My heart bleeds at this revelation scroll to the bottom of the news story and read the bomments… Nigerians are so stupid they rejoice at this foolish law. Yet keep shut on corruption, poverty and spiral down low on morality in Nigerian politics / society. Kill gay people they are not human. So many lives have been ruined due to their bigory and backwardness.. All the gay people in Nigeria I know are married to women with children in fear of persecution.

Question: So all you stupid religious bigots, you hail your dumb president now, how will you feel if your daughter/sister/you (female)marry one of those gay men you chased into closet with hate.  You and that man will live the rest of  your life unhappy. silly people! 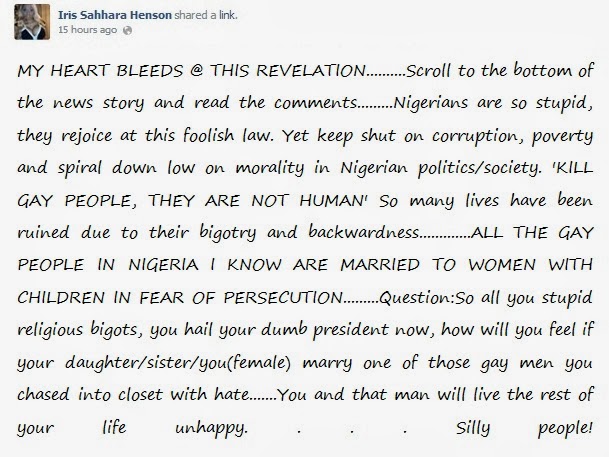 God have mercy on our brother Clifford. A Nigerian man changed his sex to that of a woman….. End time has come ooooo.