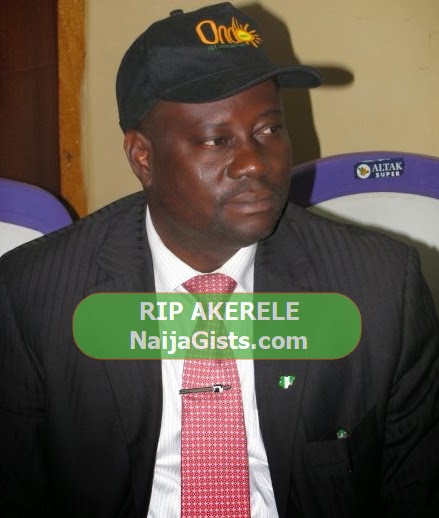 The former politician passed away in his sleep in the wee hours of today, Tuesday January 14, 2014.

According to family sources, Akerele was hale and hearty yesterday. He watched TV throughout Monday before going to bed”

A close friend to late Ranti Akerele said the former information commissioner was spotted at the hospital on Monday morning.

“I saw him with a patient at the hospital yesterday morning, he appeared hale and hearty when I saw him. He told me he brought a patient to our hospital. That was the last word I heard before he departed. It is a pity Ranti is gone” he said.

He was removed from office by Governor Mimiko.

Before his death, Ranti Akerele was also a full-time pastor at RCCG in Ondo.

He passed away today at age 54.