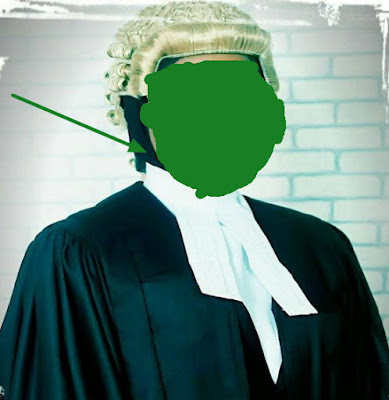 Meet Zainab Amasa Firdaus, a young law student who was supposed to be called to bar in Abuja yesterday the 13th of December 2017, sadly, she was sent away from the ceremony because she wore an unacceptable outfit.

Though it was clearly stated in the letter sent to all her mates that religious outfits are not allowed but due to her religious belief, she moved against the set rule.

Her friend, Ruqayah Atinuke RAHMON took to Instagram yesterday to express her dissatisfaction by the way Sister Zainab was treated at the Call to bar ceremony.

See her IG post and comments it generated below. 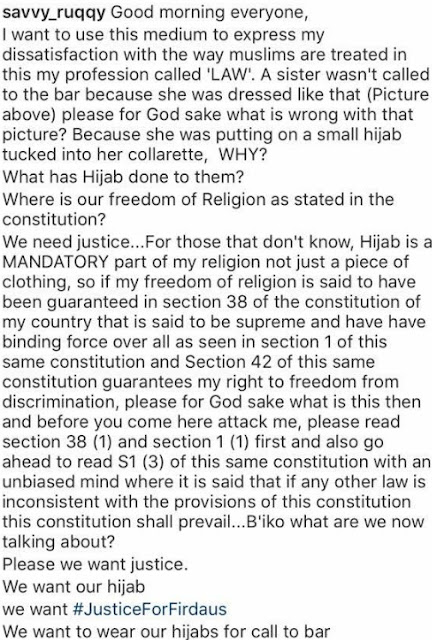 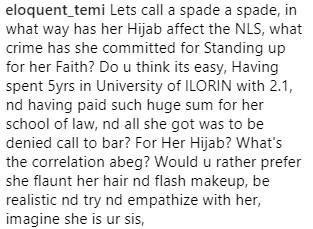 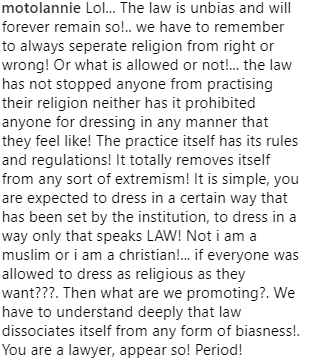 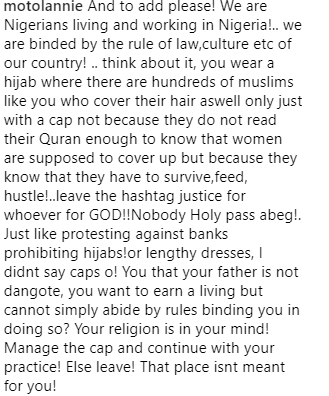 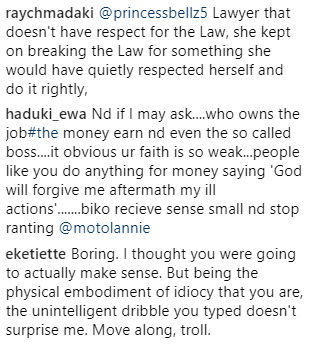 She will have to follow the permitted dress code if she wishes to practise law in Nigeria.

As a matter of fact, lawyers are not permitted to wear Hijab to court room.

May be Zainab is in a wrong profession.

Hon Omosede Igbinedion Used Rolls Royce To Pick Son From School, Parents Attacked Her
Omarosa Manigault Was Fired By Trump And Walked Out Of White House For Cursing – Sources