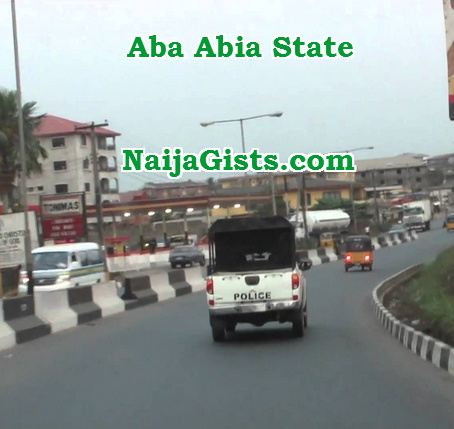 Area residents of Starline Housing Estate located off Ovom-Azumini road, Ofgbor Hill on the outskirts of Aba, Abia State were at the weekend thrown into confusion as gunmen stormed the area.

The gunmen said to be four abducted a nurse whose name was given as Uchechi Stephen. The nurse according to sources in the area was abducted in front of her resident while waiting for her gateman to open the gate of her compound.

The incident happened around 8pm while returning from work without knowing that the gang had laid ambush for her. Sources in the area said that the kidnappers in a commando manner waylaid her and whisked her to an unknown destination. It was yet to be ascertained at the time of this report if the hoodlums have made contact with the victim’s family.

“The woman nurse runs a chemist shop at Opobo road.  She was on her way home after the close of work not knowing that the kidnappers had laid ambush for her. They whisked her away without wasting time and the way they did the whole things looks as if they had trailed her from her shop to her house because even before the gateman could come to open the gate, they were already gone with the woman”, a source narrated.

Some residents who spoke to reporters on the issue said that they were living in fear in the past three months and called on security agencies in the commercial city to increase their surveillance on the Opobo-Ovom-Azumini road to nip the activities of hoodlums in the area in the bud.