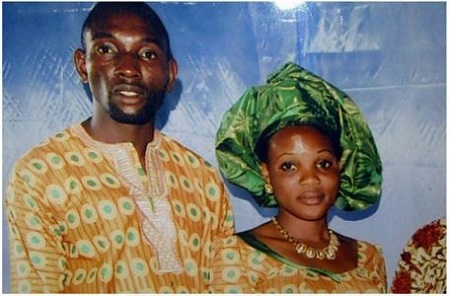 A Pastor identified as Henry Ekukpe who allegedly killed him wife, Patience left a suicide note.

According to Edo State Police investigations, the deceased married Henry back in 2014 but after a series of violent domestic dispute, she packed out of her matrimonial home.

On Sunday, Henry invited Patience for a dialogue under the guise that he wants her back to the house.

It was learnt that when the deceased came, the Pastor used a hidden knife to stab her in different parts of her body and escaped from the area.

Here are some of the questions in the note

The Pastor of Mountain of Victory and Fire Deliverance Ministry in Benin City has not been seen since Sunday. Close family sources informed police of his past suicide attempts.