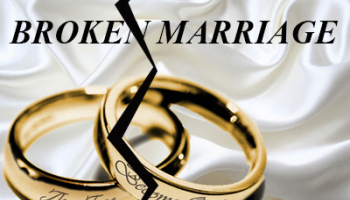 A 65-year-old cleric, Olowolade David Laizer, is seeking divorce from his fourth wife, Esther Anuoluwapo Laizer, after 31 years of marriage.

Laizer, who has six wives, told a customary court sitting in Ikorodu on Wednesday that the 55-year-old woman lacks respect for the house of God.

The cleric alleged that his wife rains curses on his church at the slightest provocation and had denied him conjugal rights for over a year.

Laizer gave his church’s address as 8/4 Laizer Estate, Graceland, Bayeku, Ikorodu and said the couple’s problems started when they lost their first son in 2013.

The deceased was a university student outside the state, but died after a brief illness on his way to Lagos, he told the court.

‘There was a parental dispute between her family and mine when we wanted to get married, so, we had to do two separate introductions,’ the cleric added.

“She even said I would die within three years if I divorce her,” he added.

The wife, a teacher, had a different story.

“He preaches about me in church, saying all sorts of things. He talks about what happens with me in his sermons.

‘Yes, I’ve denied him of sex for over a year now, but it’s because he said my private part is smelling, after 31 years of marriage and five children.

‘Four days after I lost my son, his sixth wife came into my room and took my pant and bra. I don’t know what she used it for, but she returned it later.

“She also cooked for me and put six pieces of meat in the soup. I refused to eat it because I don’t know what that meant or who sent her,” she stated.

The court’s president, Olu Adebiyi, encouraged both parties to keep the peace and told them to come with their family members on September 14 for possible reconciliation.