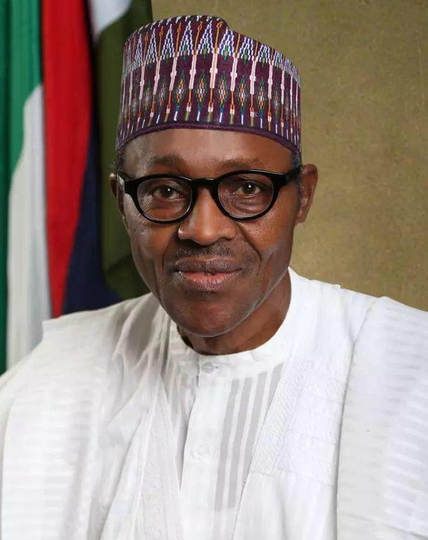 Your Excellency, on the 12th February, 2015, in the course of your electioneering campaign, a Northern Christian body hand­ed you a copy of the Holy Bible. Thank God you did not reject it. I believe that that day’s occasion received heaven’s attention. As a Muslim, you perhaps did not know what it meant, but by receiving the Bible that day ,you actually received a divine authority to rule and lead (Rom. 13:1,

Also, you received the Sword of the Spirit, which is the Word of God (Ephesians 6:17). It is a sword of authority (Rom. 13:4). God withdrew it during the military regime, not because He prefers one form of government to another. By implication, God is giving you a fresh mandate to execute judgment upon evil and evildoers, and to promote the utmost good. But beware! Don’t turn the sword against God. If you do, you will sure­ly hurt yourself that way. By giving you His Word, which is the Bible, God wants to rule this country through you.

On the day of installation of a particu­lar leader in the Bible, God handed him a charge from His word too: “This Book of the Law shall not depart from your mouth, but you shall meditate in it day and night, that you may observe to do according to all that is written in it. For then you will make your way prosperous, and then you will have good success” (Joshua 1:8). He adhered to the instructions, and as a result, history re­cords that in the many years reign of Joshua, he fought many tough battles than any other leader of his time, and he never lost any.

Your Excellency, please kindly bear with me, I have one assignment for you. Please, put on your eyeglasses. If you look intently with it, you will see that Nigeria is right now lying helpless on the ground. That is the outcome of its fight with a giant, a Goliath called corruption. I wish to say, Mr President, that by your ascendance to power, Nigeria has finally found her David who will confront and kill the Goliath called corrup­tion.

Since the beginning of our nationhood, none of our past leaders was to confront this mon­ster. Rather, whenever and wherever they saw corruption, they ran away like Saul, the king of Israel did from the presence of Goliath until Da­vid showed up. Need I tell you that except this monster is killed, Nigeria could be doomed? But if you can, then you will be Nigeria’s most needed man of the hour; you will be God’s de­light. God will reward you and lift you above your predecessors.

My dear President, if you are determined, God wants you to kill every form of corruption and to bring Nigeria back to the path of righ­teousness. It is what will raise her up. So, be an example and don’t spare whoever is involved in corrupt practices, no matter how highly placed. You will succeed if only you will heed the Word of God that says: “Them that sin rebuke before all, that others also may fear. And those which remain shall hear and fear and shall henceforth commit no more any such evil among you” (1 Tim. 5:20; Deut. 19: 20).

Don’t be partial and don’t be vindictive. You must not fight corruption lightly and hypocriti­cally as pretenders before you had done. Mind you, righteousness is not about religion. Some years ago, a research was carried out to know the countries where people attend church and mosques most and Nigeria came tops. Yes, ours is a nation where streets are filled with churches and mosques. But, all of that amid gross corrup­tion!

Prayer and praying is not necessarily righteous­ness. I don’t know whether there is any nation where the people pray like we do here in Nigeria. Yet, we rank among the first as far as corruption and crimes are concerned. Recently, nine people were hanged by the Indonesian government for drug-trafficking. Out of the nine, Nigeria had four, while the rest of the world had five. These four, no doubt, must have prayed and fasted several days before they embarked on that trip. Who knows too, their religious leaders may have prayed too and held vigil for them.

Years ago, a research was carried out in a state close to Washington DC in America. The research said out of 11,000 prisoners there, Nigerians numbered 6,000 plus. And so it is in almost ev­ery country of the world. Our leaders led in the evils and unrighteousness, while the citizenry followed. This is our reproach; this is the thing that cast Nigeria down. Oh! How are the mighty fallen! Dear President, if combating corruption is all that you would be able to achieve during your tenure, that would be a good accomplishment. And you shall be remembered, both by heaven and earth, for what you have done. Once again, I rejoice with you, and join with the rest of the world to wish you well.

[Obaloluwa is the Senior Pastor of Total Salvation Ministry, Lagos.]