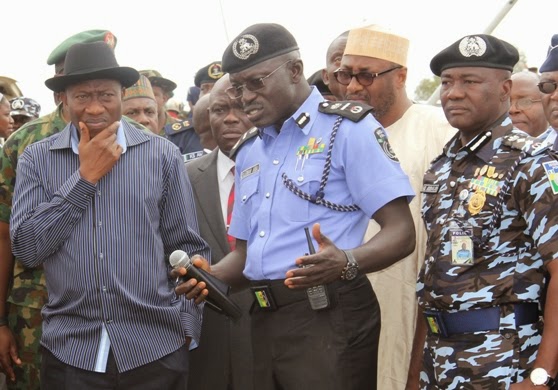 The recent development in the national assembly and the rough-handling of parliamentarians by the PDP lead government using Nigeria Police force made me to think that PDP is not only collaborating with police but are in a coalition government together.

The police is meant to protect Nigerians, law and order, and ensure peace and security in our nation.

The PDP is not only in coalition with the police, but it is also in a coalition government together with anarchy and impunity. The way security agencies helped in rigging Ekiti state governorship election is most unfortunate and embarrassing.

Like wise the attempted rigging of elections in Osun is yet another testimony of coalition between PDP and Nigerian security forces.

What commissioner of Police did in Rivers state was not only a subversion, but was also capable of disturbing the peace of the state and the nation at large.

Unfortunately for the opposition, they are yet to set their house on the right path. Personal ambitions, cheap, and “effort free” desires to win seats without working hard is destabilising them and may soon put them in coma before 2015.

Even in the so called developed world, where there is security, employment and rule of law, the opposition try and work hard to secure seat and beat the ruling party. America’s mid term election gains by the republicans is a clear lesson to the opposition in Nigeria.

The police should withdraw from the PDP lead coalition government of impunity. The police is a state institution and must remain as such. If not, Nigerians will be pushed to the wall and that may lead to break down of law and order.