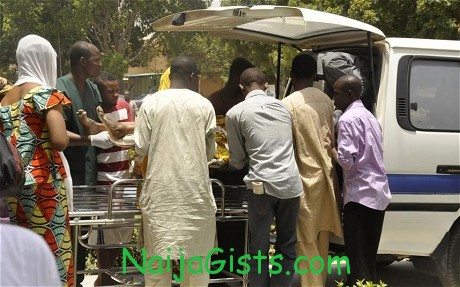 We learnt the gunmen attacked the cattle dealers and robbed them of unspecified amount of money.

The policemen who responded to distress call were shot dead during a gun-battle with the suspects.

Others officers sustained severe injuries in the gun-battle.

The deceased officers have been moved to a mortuary while the injured have been sent to the hospital for adequate treatment.