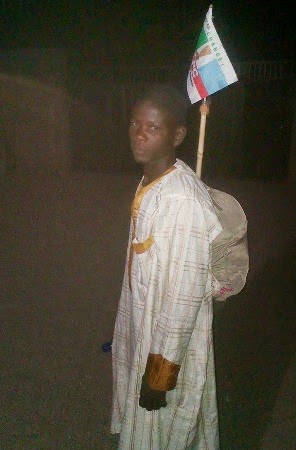 May 26, 2015 – Nigerian Political Trekker Disappointed: Farmer Trekked For 5 Days Only To Meet Empty Crowd In Bauchi

This is the last move that is likely to end the trekking drama going on across the country.

Pictured here is a 35-year-old farmer, Isa Kwarawanga who left his village in Jamaare to Bauchi on foot in a bid to congratulate Bauchi Governor-elect, Abubakar. 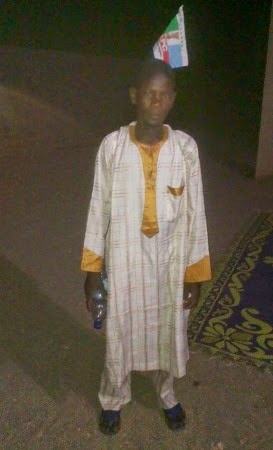 But on reaching his destination, he met a empty crowd.

The frustration forced him to open up to a group of guys who later snapped his photos to raise the awareness online.

The trekking thing is not selling again. Hope somebody dashed him something…. Poor guy!!!LOL