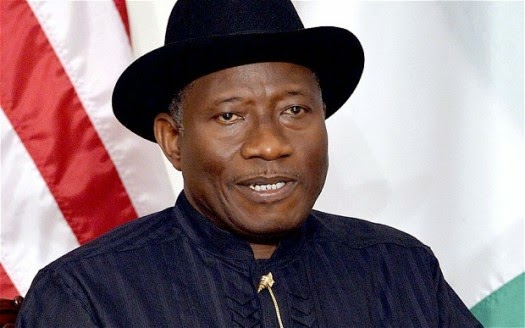 In the year 1712 on the bank of the James River in the colony of Virginia, a notorious slave master, William Lynch delivered his infamous speech on the manipulation of the Black slave.

“I have a full proof method for controlling your black slaves. I guarantee every one of you that, if installed correctly, it will control the slaves for at least 300 hundreds years. My method is simple. Any member of your family or your overseer can use it. I have outlined a number of differences among the slaves; and i take these differences and make them bigger. I use fear, distrust and envy for control purposes.”

The speech went on to present how the cultivation of envy, segregation, distrust, fear and resentment between and among Black slaves will enable the slave master assert permanent control over the slaves who will be rendered helpless and hopeless for generations to come. Lynch said, “Black slaves after receiving this indoctrination shall carry on and will become self-refueling and self-generating for hundreds of years, maybe thousands.”

The full speech which details the planting of seeds of chaos between old and young, intelligent and not, men and women and all other recruit-able ‘differences,’ can be read here and elsewhere on the internet: https://www.finalcall.com/artman/publish/Perspectives_1/Willie_Lynch_letter_The_Making_of_a_Slave.shtml . It is a must read for every Black man.

On October 1st, 2010, there was a bombing in Abuja, Nigeria’s capital that marred the Independence Day celebrations. The Niger Delta terrorist group, MEND immediately took responsibility for the deadly act; however the Nigerian President saw this and some say was directly involved – being alleged to be a patron of the MEND group according to US STRATFOR intelligence think tank— and even requested this terror act for use as a means of creating a solid reference event to divide Nigerians among religious and geographical lines for utility in securing his electoral victories.

Indeed in furthering of the colonial ‘divide and rule’ doctrine, the deliberate accusation of ‘northern elements’ in the terror event would serve to harness and secure sectional votes for the President in the 2011 elections.

Rather than arrest whoever was involved, be they from the North or wherever else, and defeat the terrorists in the jungles, the Jonathan government for its six straight years, never indicted a single sponsor of the terror group. Not one! You see, the terror was a superb weapon in the hands of the nation’s leadership to mislead the weak and gullible and consolidate the support of the desperate and fanatical.

Nigeria’s President did not create the sectional tensions, however rather than dampen this divide which was deliberately implanted in Nigeria during the colonial years; and rather than bring Nigerians together as they had set on the path to with the President who hails from the South-south actually recording more patronage and votes from the North than he did from his own region; Nigeria’s President catapulted the fading divides and for the better part of his six years in office, continued to aggressively push this singular weapon, investing his entire publicity office in aggressively promoting the distrust between Nigerians, North and South, Muslim and Christian.

Differences which do exist but should be reasons for pride and only valuable in competing in excellence were sponsored as reasons to hate and kill in the embraced policy of the dotty regime.

Boko Haram was left to rein its terror on the people for the six years. The Nigerian government used in their words, ‘kid gloves’ against the terrorists, leaving them to gather in strength and morale and to continue to rein maximal havoc on the land, killing and displacing thousands of Muslims and Christians.

One message was constantly propagated from the Presidency: that it was elements in the North who wanted power so bad, they were sponsoring this death of their own resident people just to get rid of him. It worked… but for only so long.

A soft-spoken seasoned General, known for his discipline and integrity yet quietness and unbeaten tolerance was the scapegoat. The evil-genius, Reuben Abati was employed to spin a sweet, malicious tale, taking all statements salvageable from anyone in the North and spinning them into a palatable lie to be tossed at the General. The Femi twins were also heavily paid and given poppycock narratives to spin and re-spin, day in, day out, all in the hope of discrediting the Governor’s most feared ‘adversary.’

And when the General took the Reuben Presidential aide to court and won a victory, the Nigerian President hastily begged the General to settle out of court and accept a published retraction of the libelous claims [See Guardian of July 11, 2013, “Re: For the attention of General Buhari.”] Yet, despite the published apology, which not as many happened to read—as is the nature of the spread of truth vs. slander—the Nigerian leadership did not desist for a day, but unleashed all other attack dogs to continue spewing the tale and planting the seeds of hate and distrust among the people in pure colonial style.

Nigerians remained distracted for almost the entirety of his rule; and as a true slave master, the President took advantage of this and prided himself in rapidly making his handful of Cabal coterie wealthy beyond imagination, owners of the plantations while the people fought each other and cried over the un-abating terror. The People of the nation got poorer and poorer while the President continued to sell all the State assets to this handful of fellow slave-master Cabal as the people fought each other and pointed fingers at each other day after day. Billionaires were made, billions were looted from all sectors of the economy, and the Cabal competed in flying private jets and driving armored vehicles.

The Boko Haram terrorist group which was actually centered and tactically controlled from French-speaking neighboring Chad; a terrorist network operated from foreign soil against the Nigerian State was the perfect distraction and poison.

Unlike the great leaders of Africa; the likes of Thomas Sankara, the Nkrumahs, the Garangs and the Gaddafi’s who rather saw for Africa the need and possibility to join together not just ethnic groups but entire nations into one holistic single unit, the Nigerian ruler prided himself in investing through his clergy, the Wendell Simlins, Mujahids, Ayos and others, in ripping Nigeria to bits, heart, body and spirit. Corruption was liberated from stealing as terror became the tool of the State.

Alas, all bad things come to an end as Mahatma Gandhi said, “Remember that all through history, there have been tyrants and murderers, and for a time, they seem invincible. But in the end, they always fall. Always.” Nigerians pulled though. The people came together more than ever; and as Christians surrounded and protected Muslims while they prayed during the January 2012 #OccupyNigeria protests against the ruler’s sudden malevolent removal of the fuel subsidy in favor of his protected Cabal cronies; so also Muslims began to sacrifice their lives fighting against the terror and formed protective barriers around Churches during Christians religious services.

It was game over. The colonialist and the colonial minded evil planers planned and plotted, but the Lord proved that He is the best of planers and plotters [Quran 8:30]. For everything there is a season; and Nigerians decided this is the season to cast away [Ecclesiastes 3:6].