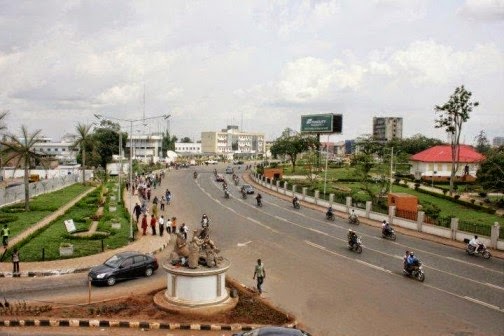 …….She Came To Nigeria For Vacation From Austria Only To Meet Her Untimely Death On Christmas Day

Pictured above is a censored gory photo of a very beautiful Benin-born woman who was murdered on Christmas Day by her ex-lover.

The woman identified as Rose Aifuwa was said to be a mother of 4 children based in Austria who came to Nigeria recently to spend some time with family and friends. 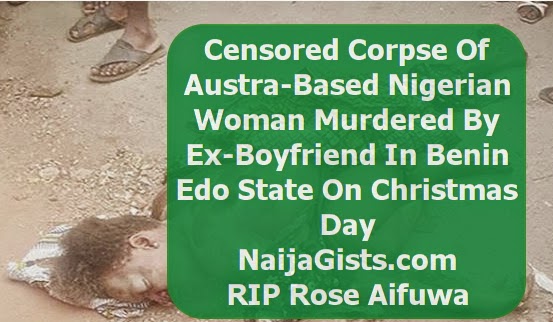 She was murdered on Thursday morning by a middle-age man identified as Festus Aimufua, a popular spare parts dealer in Benin.

According to the National Mirror, Rose Aifuwa planned to spend her Christmas and New Year with her family after over seven years away from home.

Edo State Police officials said the deceased contacted Festus, who allegedly owe her a large sum of money for shipping vehicle parts to Nigeria from her base in Austria.

The last time she was seen alive was on Wednesday evening (Christmas Eve) when she told her family members she wanted to meet up with a friend.

Her corpse was later found abandoned On Christmas Day around Upper Mission Street close to Oando Filling Station in Benin City, Edo state by concerned citizens who contacted the police.

As at the time of this report, the suspect had been arrested in connection to the murder.

This is why many Nigerians overseas are afraid to return home. Just few weeks ago, a Texas-based couple was killed by robbers on Benin Ore road during their vacation time in Nigeria.

May her soul rest in peace!