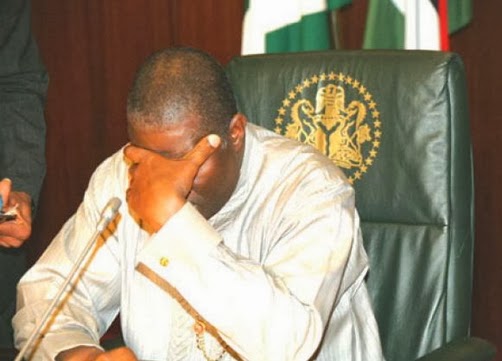 The latest gist in town is that the President of the Federal Republic of Nigeria, Goodluck Ebele Jonathan is very sick.

Sources claim he was airlifted to the United Kingdom few days ago for emergency medical treatment. This confirms why he was not at his 56th birthday party yesterday in  Aso rock, Abuja.

Due to his medical problem, he couldn’t have a meeting with investors in London yesterday rather he was under close supervision by medical doctors.

Though the nature of his illness has not been confirmed but Presidency sources claim it’s stress related.

Read his official Press statement below:

“In the course of his on-going visit to London for a meeting of Nigeria’s Honorary International Investors’ Council, President Goodluck Jonathan became indisposed and could not be present at the opening of the meeting today. President Jonathan has since been examined by competent medical practitioners. He has been advised to rest for a few days.

The Presidency wishes to assure all Nigerians that President Jonathan’s condition is nothing serious and that the medical attention he has sought is only precautionary.”

Is Reuben Abati saying competent medical doctors are nowhere to be found in Nigeria?