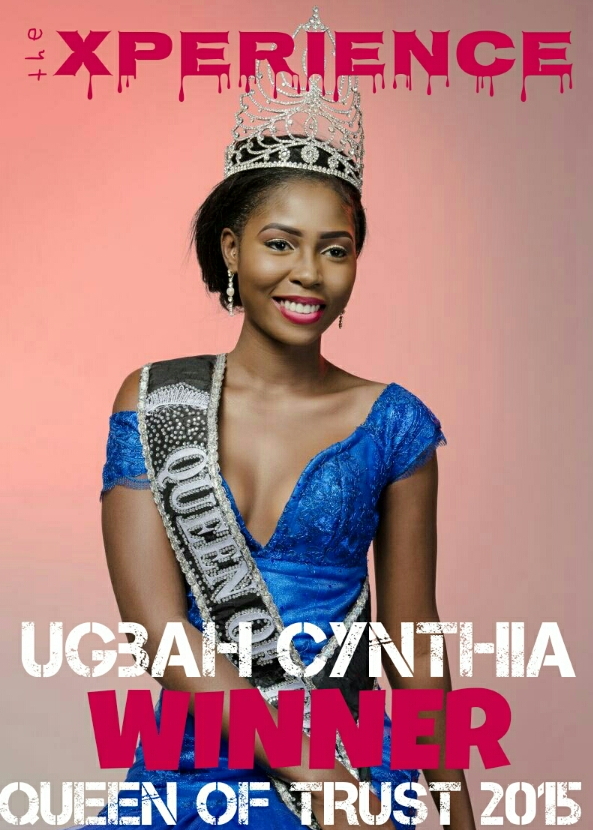 The winner of the 7th edition of Nigerian Queen Beauty Pageant who recently returned her crown has been called ‘irresponsible’ by the organizers of the beauty contest.

Cythia Ugbah recently took to her official Instagram to call out the organizers of the event for trying to sleep with her. 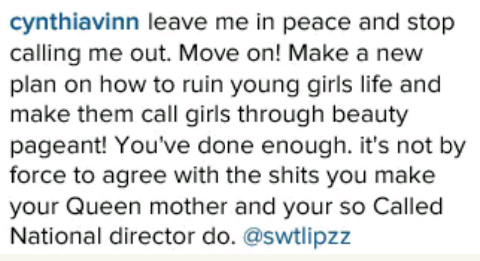 In a statement released by the contest organisers, Cynthia Ugbah was blamed for refusing to touch lives with her position.

“As an organization with great reputation that has stood test of time, we wish to respond to the claims Miss Cynthia Ugbah alleged.

“Miss Cynthia swore to frustrate our organization consequent to her dethronement as the Queen, thus she was found wanting in character and otherwise.

“Cynthia’s claim to car is inconclusive because it is stated in our contract signed by her after her emergence, under (2.7) and (2.8). it reads (2.7) I am fully aware that the star prize (a brand new Kia Rio 2015) will be under the management of Queen of Trust Organisation till after my one year reign).
(2.8) I am fully aware the star prize will become mine after my one year successful reign and i have the right to remove the official brand name from the car. 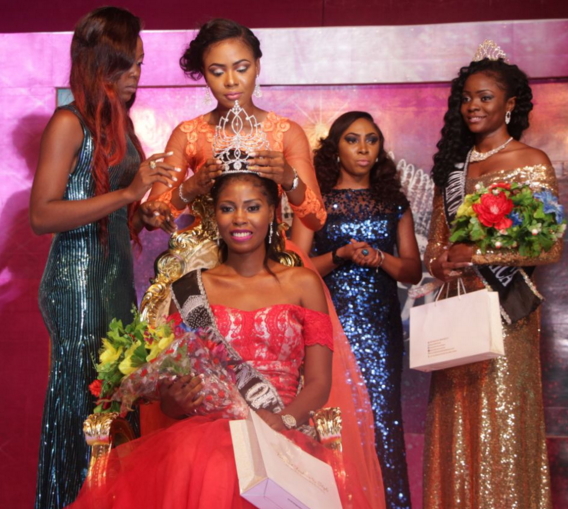 “Furthermore, Cynthia had a driver before her suspension, the driver was employed to assist in conveying her to her official functions. This is not the first time we have given out a car, we have done it in the past and the winners went home with the car after their reign.”

Reacting to her prostitution claim, the organization frowns at such an act as it is also stipulated in her contract in section (3.6) which says : As a beauty Queen am a mirror the society therefore i shall in no manner be involved in nudity scandals of prostitution.

“We wish to categorically states that:
Cynthia’s emergence was based on meritocracy as she never paid our organisation or slept with anyone to win her crown.

Cynthia after her emergence till date failed to affect lives with pet projects, several breach of contracts, questionable posts on instagram and social media, etc
“The Nigerian Queen wishes to educate the public that all claims from Miss Cynthia is false allegation ranging from the grievances that she was dethroned, we wish to educate the general public that the

Nigerian Queen on her 7th edition has stood tall and has never been found wanting as our antecedents speaks better.

“Thanks to all our Friends, Partners and Sponsors who called to hear our response to these allegations, we will continue to make everyone proud as our dreams to make Nigeria a better one will never be cut short.

We wish Miss Cynthia Ugbah well in all her other endeavors and chosen career.

Nothing goes for nothing in this Naija ooo, we feel for those ‘poor’ beauty Queens who don sell market finish all in the name of becoming ‘yeye’ Queens.