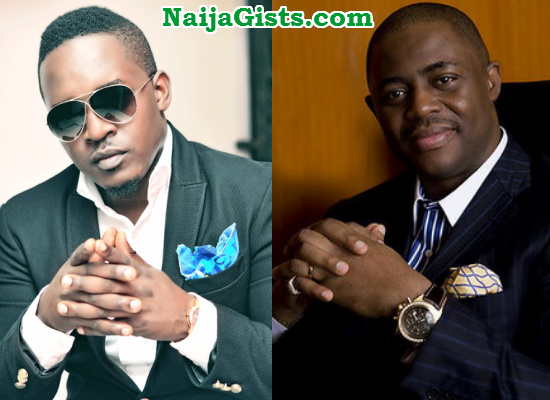 Nigeria’s most controversial politician, Femi Fani Kayode sent an article across to the media yesterday over the kidnap of Chief Olu Falae on his farm in Akure.

Fani Kayode’s statement aimed at condemning the act however stated that the Federal Government should be held responsible if Falae is not released.

The statement reads in part:

“The abduction of Chief Olu Falae is not only unacceptable but it also an exceptionally dangerous development. I say this because he is not only an elder-statesman of our country but he is also one of the most revered leaders of Afenifere and the south-west.

“We cannot sit by idly and watch our leaders and elders being endangered, shamed and humiliated in this way. It is the governments job to keep us all safe and secure and they are failing in that duty. I call on the President and our security agencies to effect the expeditious and immediate release of Chief Olu Falae.
“They must rescue him from these vagabonds and vandals as soon as possible before things get out of hand. Let it be clearly understood that if anything happens to him and if he doesn’t come home hale and hearty we will hold the Federal Government responsible and there will be consequences. Those that are in power would do well to take what I have said very seriously.”

FFK’s threat to the FG didn’t go well with rapper MI Abaga who took to the social media to blast FFK.

See his fiery response below: